Hazel, the fintech arm of US retail giant Walmart launched in partnership with investment firm Ribbit Capital, has agreed deals to acquire fintech platforms Even and One. 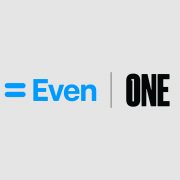 The acquisitions are expected to close in H1 2022

The deals, which mark the start-up’s emergence from stealth, form part of a financial services ‘super app’ strategy underway at Walmart.

The fintech will operate under the One brand, Walmart says, and users will be able to manage their finances all in one place, allowing them to get paid, spend, save, borrow and invest their money.

Walmart US president and CEO John Furner says: “Customers have made it clear that they want more from us in the financial services arena. Creating a simple, personalised app that allows users to manage their money in one place is the natural next step toward fulfilling that.”

Even is a financial platform that allows employees to access their wages and One is a saving, spending and borrowing fintech.

Over time, the One app will be integrated inside Walmart’s physical and digital channels, the retail firm says, and the whole operation will be run by Omer Ismail, a former consumer banking chief at Goldman Sachs.

Ismail says consumers everywhere are being left behind by the world of financial services.

He adds: “Our vision is clear: build on Even and One’s success to offer a product that offers consumers the best way to spend, the best way to access their wages and helps millions save and grow their money.”

Even CEO David Baga and One co-founder Brian Hamilton will remain in key leadership positions and the combined business will have more than 200 employees. Walmart says One may also expand its workforce through strategic mergers and acquisitions.

More than $250 million worth of capital will also be put up in order to fund future growth.

The transactions are expected to close in the first half of this year.