Digital twins in the metaverse

The topic for this week is digital twins (DTs). As we rush headlong into virtual worlds in the metaverse, the concept of DTs will become more and more conspicuous. 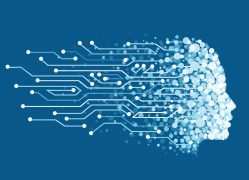 Digital twins will blur the lines between online and offline

The idea of digital twins has been around for quite a long time. IBM defines the concept as “a virtual representation of an object or a system that spans its lifecycle”.

The notion of twinning a “representation” goes back to the Greeks with the Antikythera mechanism that charted the heavens and predicted eclipses and astronomical events. It could be argued that Stonehenge is an even earlier instance of a twin, matching a stone circle with the movement of the earth around the sun.

In the ’60s, NASA built exact replicas of the spacecraft used for training and simulations, as training in space itself was impossible. So, the Apollo missions heralded the emergence of a twin that spanned the analogue into the digital. Having these ground-based ‘twins’ mirroring what was happening in space enabled Mission Control to work through and troubleshoot problems as they arose on the Apollo 13 mission, saving the lives of those onboard.

Now DTs are commonplace in manufacturing and product development and are often categorised into the following:

I recently spoke with John Blicq, the author of the book ‘Digital Twins – The Next Human (R)evolution That Will Disrupt the Financial Services Industry’. John sees a future in which DTs play an intrinsic role in customer relationships in financial services.

He contends that if you digitise a person and create a twin, the twin can work on your behalf in an entirely unemotional way, identifying and buying products, managing accounts and portfolios and so on. The way this could play out is that a digital twin could increasingly take on the role of acting on behalf of an individual. Human fallibility makes money in finance, so making ‘the business’ of money less emotional and more rational will impact industry business models.

John mentioned a company called Soul Machines, based out of New Zealand, that can digitise a person in two weeks. Using video capture, AI and machine learning, it can create a mirror of an individual that is pretty much indistinguishable from the person (the video on its website of Will.I.Am meeting his digital twin is well worth watching).

The use case that several banks are exploring is customer service, i.e., providing a realistic human face to a chatbot. Much of my research has shown that customers crave face-to-face contact when looking for guidance and advice from their banks, so they are potentially onto something. So, the notion of digitising us, at least the physical us, is closer than you think.

The emergent metaverse driven by the gaming and esports industry is heading towards the same spot, but from a platform and audience perspective.

My teenage children spend a lot of their free time in 3D worlds, building, gaming and increasingly transacting. I am the ‘Donkey Kong on a Nintendo handheld’ generation, so the graphics quality is beyond mind-blowing to me (they finally match with the images on the packaging).

Most of these games require avatars that are often bespoke creations from the players. These use anime-style characters, but it is not a massive leap to imagine people digitising themselves and using digital twins like the Soul Machine version of Will.I.Am as their game playing avatars.

As companies such as Apple, Facebook and Samsung invest in AR and VR, will we find ourselves in 3D environments interacting with others that, instead of looking like Mebots or emoticons, look like us as DTIs… Listening to Mark Zuckerberg’s Connect 2021 presentation, it seems like this is the direction of travel.

So, what has that got to do with financial services?

As mentioned above, there is the opportunity to build realistic human interfaces for customer service. However, I worry that while the interface has been cracked, what about the intelligence? Machine learning and AI are not quite there yet. It is no good to have an avatar that looks like a human, only for it not to answer questions like a person.

How about meeting in VR? At the moment, using a platform such as Horizon from Meta, I would find it laughable to chat to a bank representative if they looked like a cartoon character. But, speaking to a photo-realistic DTI of an advisor in VR would be something that I could imagine being more than acceptable.

The metaverse is being increasingly commercialised. NFTs and crypto enable digital goods and services to be bought and sold. I can imagine this new financial ecosystem powering a future where individuals spend money to ensure their digital twin looks and acts optimally.

I have never wanted a tattoo myself. But I can imagine wanting my digital twin to have one. Banksy could become a metaverse tattoo artist; owning a Banksy tattoo NFT sounds super intriguing. As an NFT, it would have the potential for resale value, so an investment in the way you look could be a financial investment! Can you imagine talking to your bank manager in VR and asking his views on investing in tattoos?

If you think it sounds far-fetched, the high-end fashion brand Balenciaga launched a range of clothing for the players of Fortnite, an online game. People could buy caps and $725 hoodies as skins for their gaming characters. From what I could see, this appealed to the fashionistas among the 350 million on the platform, and they sold out.

The virtual Pandora’s box is open for business, and the lines of demarcation will become more blurred between online and offline. Digital twins will be a component, whatever ends up happening!