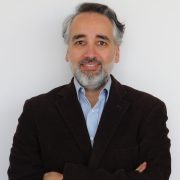 The move forms part of the group’s expansion plans in Latin America, following the acquisition of Brazilian software firm CRK in July 2021.

Cobiscorp provides solutions for banks, fintechs and microfinance institutions and has customers in 16 countries across the Americas.

Iglesias says that following the acquisition of Cobiscorp, Topaz also intends to bring its solutions to new markets such as the United States and Europe.

Stefanini Group operates in more than 25 countries in Europe and Latin America.