Wise (previously known as TransferWise) is planning an ambitious recruitment drive as it aims to hire 1,000 staff across the globe next year, to add to its current headcount of 3,000. 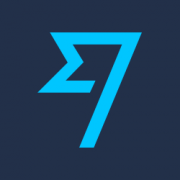 The company currently has 17 offices including in London, New York and Singapore, and claims to already employ 90+ nationalities. The expansion will include adding staff in its new, third US base in Austin, Texas.

The recruitment will be across all areas of Wise’s business, including product marketing, engineering and customer support.

The company was set up in 2011 and, in 2021, became the first tech company to undergo a direct listing on the London Stock Exchange.

Wise’s listing was seen as a boon for post-Brexit London, which has failed to attract large-scale technology companies who have preferred US markets of late.

It integrated with the Google Pay app, which allowed US customers to send money to other Google Pay users in India and Singapore.

Wise partners with banks and companies like Monzo, Bolt and GoCardless.