David Marcus has announced he is set to leave Meta (formerly Facebook) at the end of this year after seven years at the firm. 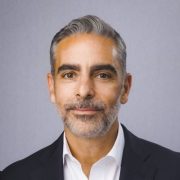 Novi has been designed for use with Meta’s own upcoming cryptocurrency Diem (formerly Libra) – which Marcus also helped to create – although it is still awaiting regulatory approval ahead of its full launch.

“After a fulfilling seven years at Meta, I’ve made the difficult decision to step down and leave the company at the end of this year,” writes Marcus on LinkedIn.

“While there’s still so much to do right on the heels of hitting an important milestone with Novi launching – and I remain as passionate as ever about the need for change in our payments and financial systems – my entrepreneurial DNA has been nudging me for too many mornings in a row to continue ignoring it.”

Marcus joined Meta in 2014 as head of Messenger before taking the reigns as head of Novi. He joined the firm having spent three years at PayPal and was previously founder and CEO of GTN Telecom, Echovox and Zong.

He concludes: “I now look forward to having more free time in the months to come before I start building something new and exciting again.”

Stephane Kasriel, VP of product at Novi and former Upwork CEO, will now take on the leadership of Novi.