Reality is a fragile thing. 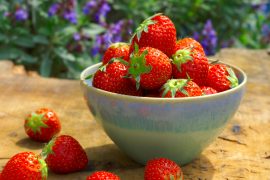 Don’t always accept the premise of a question, especially if it’s not relevant

The reality we exist in is formed by the humans around us.

The things that are accepted as normal are the things that are, for all intents and purposes, normal in that they happen with impunity, irrespective of whether they are really OK. That’s how regimes perpetuate their values. That’s how company cultures work. That’s how teenagers the world over stomp away from a parent laying down the law, muttering ‘it’s not fair’ but unable to do much about it.

The premise of any conversation sets the tone for it and constrains the parameters for subsequent action.

If someone asks you ‘why are you so stupid?’ and you start arguing that you aren’t that stupid, you have accepted the premise of their question and the reality of the conversation here on out is informed, not just by the fact that you now have to defend your intelligence but, more fundamentally, that you should explain yourself and defend yourself to this person, whoever they are.

The premise of their question being both that you are stupid and that you should now explain yourself to them.

Neither are necessarily true.

But whatever brilliant bit of science you were in the midst of sharing with them is now on hold or, worse, out the window because the scene was set by the person who spoke loudest and with a clear intent of imposing their reality upon everyone else. They get to decide the topic of conversation, which is going to be about who is stupid, and they get to decide that you, today, are it.

Accepting the premise of a question in a social or professional setting doesn’t make you stupid, it makes you human. It’s extremely hard to avoid. Even when you can see you are being led astray by your interlocutor’s line of reasoning, it is very hard to stand your ground when the person you are speaking to is hell-bent on claiming that white is black and up is down.

Especially because the shift is rarely stark and radical. It’s usually subtle. Not a leap of reasoning but a slight sliding away from the point to a conversation that wasn’t at all the conversation we were having though a lot of the words are the same.

And it happens a lot.

You bring a good deal to the table and someone dismisses it for not being even better than it is, using language that suggests it is loss-making, when in fact it has a healthy profit and a long tail.

They are lying. Essentially, right? Yes. And no.

They are not incorrect that a deal making you three times as much money would be better. That’s not a lie.

It is irrelevant and it is unhelpful. But it is not a lie.

Why do they do it?

Does it even matter? What matters is that it is happening.

Let’s say you present a new technology initiative to your bank board, or a new client collaboration to your management board, and someone who wasn’t involved in crafting this and won’t be involved in implementing it is asking questions about the reality of the technology, the size of the secondary market, the cap table make-up of the companies referenced as potential partners, the DD that would come next. But you haven’t done it yet, have you?

After a meeting like that many moons ago, one of my very senior colleagues looked at my face that must have looked puzzled and exhausted and infuriated in equal measure and he said memorably: “It’s like you are describing a system to these people and they look at you dead serious and go ‘yes, but I don’t like strawberries, so…’ and now the conversation is about how this thing you brought doesn’t take strawberries into account and the rest of your week will be about strawberries now.”

It is still funny.

It helped me a lot. It helps not to feel alone when the very reality we operate in appears to not be entirely shared.

But it’s more tragic than funny.

Rather than having the balls to say I don’t understand or I don’t like what this does to my bottom line or facing up to the fact that you wish you had had an idea like that, you just play interference.

The world is changing fast.

And frankly navigating what is actually happening is hard enough without needing to account for all the curveballs that people will throw at you, mostly from within your own ranks and organisation, in order to protect their ego or little empire or a hazy feeling of misguided superiority by insisting that their preferred version of reality, in which they are taller, younger, richer and definitely more handsome than you, somehow binds us all.

By acting like strawberries absolutely need to come into the conversation now and expecting us to go with it.

Because we have let them in the past so it’s worth a try.

So stop letting them.

Do not accept the premise of the question. Especially if it’s evidently not itself premised on fact. Or relevant fact. Because they may indeed not like strawberries, and I will take it into account when choosing dessert for the group. But not when discussing budgets.

And if it is you who is about to mention strawberries in a meeting, or the loosely tangential equivalent of your choice, stop and think for a second: is this relevant? Or am I just being petulant?

Insecurities and prejudices and habits will always inform our thinking and inform our relative realities. That’s normal, inevitable, not even in itself bad.

But we have been normalising indulging in the realities of the loudest person, or most senior person, in the room for too long.

How about normalising reality checks instead?

How about normalising not accepting the premise of the question?

How about normalising learning faster, together by facing into the stuff that is uncertain, complicated, scary, not always our preference but yet patently true?