Did you do this thing, as a kid, when a parent or grandparent told you a story and they paused to do something – answer a phone, fetch a snack, check your temperature (best thing about being under the weather as a kid, those stories) – and they came back and you’d go “What happened next?”, desperate for progress? 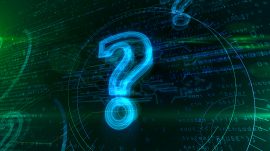 The deal is: you can moan as much as you want. Provided you do something next.

You were confident something did happen. You knew the story would continue building to a finale.

Usually a happy one, if you were young.

But one way or another… a denouement. A resolution.

It’s a story, after all. Something always happens next until the story reaches a crescendo and it is over. It’s not over till it gets to the end. The heroes could feature again (my nana re-used her cast of characters – I had favourites) but the point remains, the plot followed its arc. Things happened, one after another, till a point where you could go ‘ta-da’.

That mostly happens in life, too. It tends to be messier, in life, and the ‘ta-da’ moment can often be at your expense. But few things stay unresolved and suspended in life. Even if you don’t know how stories evolve and end, you know that they inevitably do. Something always happens next, whether you like it or not.

Because people had seen the messenger shot one too many times in the past, so they didn’t flag it.

Because the solution was expensive and complicated and who wants to be lumbered with that?

Because the problem was someone’s favourite project of old.

Because the problem was a person. Not them, per se, but their behaviour. The cultural tone they set. The behaviours their example condoned. And although the impact was material, to flag it felt petty, an ad hominem attack that would reduce the speaker to a doorstep gossip and bickerer.

So the emperor stayed naked and shivering and we all worked around the awkwardness.

I used to think that was the worst.

Because the problem with a problem, any problem, is the complexity of solving it.

The problem with a problem you are not speaking of, however, is the impossibility of solving it. The fact that you now have to live with it and work around it and pretend it’s not there.

You can’t ask ‘what happens next’ because there is no next. There is no story there. The ‘next’ is a pantomime of circumnavigation and pretence.

What happens next is exactly what happened before. Which is nothing or a little or a lot. Just not in the storyline you want.

The emperor may go off to have adventures, but very much in the nude.

That’s bad. That’s infuriating. That’s stupid, as well, but let’s not go there. Let’s stay with the fact that I used to think this was the most infuriating waste of human potential, creativity and effort. Focusing on this pretence and mental gymnastics of side-stepping the problem we all know is there but nobody will Speak Its Name so it can be addressed.

I used to think that.

This is where you ask: what happened next?

What happened next is I encountered a culture where problems are openly spoken of. Frankly discussed with no finger pointing. No messengers are harmed in the sharing of the news. On the surface of it, it’s a thing of beauty. Balm to my bruised bank-scarred soul.

Until I asked what happens next and was met with awkward silence.

Until I encountered the plague that is what one of my bosses described most aptly as ‘admiring the problem’.

Where what happens then is… nothing.

A lot of irate hand-waving about just how bad the problem is. The ways in which it manifests itself. The impact it has. Bad, right? Bad. Real bad. Here’s some more detail on just how bad and how it could have been avoided.

And then? What happens then is familiar the world over and is probably happening right now in a bank near you.

Someone says: “Oh look, we are at the top of the hour and I have a hard stop. Chat soon guys.”

And what happens next is? Yeah, that. Nothing. Or rather something. Just not about this.

Turns out acknowledging a problem is hard. Which is why many don’t do it.

But even after you do the hard work of ‘calling’ the problem, it turns out that if admitting a problem is hard, fixing it is a little harder.

I always thought the hard part would be admitting a problem, I confess.

I also used to think that the hard part about digital transformation was understanding.

I was wrong and wrong again.

An old colleague (hey Ben) used to say he likes people whose “moan conversion ratio trends to 1”. I wish I had come up with this. I like it a lot.

The deal is: you can moan and rant and vent. You can drop F-bombs and say you want to set the building on fire (but please don’t). You can do all that as often as you like.

And this is important.

Provided you do something next.

The fraction for your moan conversion ratio is simple: problem discussed over problem tackled. As long as this fraction trends to 1, it doesn’t matter if you moan all day every day. If what happens next involves rolled sleeves and effort.

As long as what happens next is something.