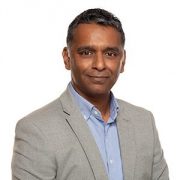 WondaPay says the service acts as a financial intermediary between freelancers and their clients.

The platform holds on to a mutually agreed deposit and releases the payment when work has been completed.

WondaPay says freelancers spend an average of 20 days per year chasing late payments, and almost half have written off a project because payment never materialised.

The mutual review system is based on a fixed set of criteria which automatically ranks both parties, designed to build stronger working relationships between clients and freelancers.

The start-up claims the UK’s 4.3 million freelancers contribute £145 billion to the country’s economy.

WondaPay CEO and founder JJ Rathour says: “The freelance community makes a significant contribution to the UK economy, and a growing number of small businesses are becoming increasingly reliant on their services. But payment issues are a common problem.”

Rathour adds his firm aims to help businesses “find the right freelancers to work with” and help freelancers reduce “the stress of chasing missed payments”.