Freelancer-focused payments fintech Willa has raised $18 million in Series A funding from a round led by New York-based FinTech Collective. 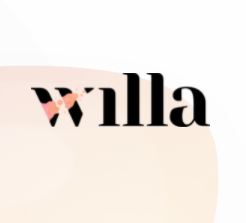 Willa launched its iOS app in 2020

The Series A raise comes about a year after a $3 million seed investment from EQT Ventures and other angel investors.

Willa aims to replace the traditional invoicing process for freelancers. It wants to remove the need for invoices and the wait times that can go along with them.

The fintech claims that its platform can have requests sent and processed in seconds, with funds made available immediately to the user. A client can then pay later “on their own terms”.

“Many freelancing tools have seen the light of day, but none solve their biggest problems,” says co-founder and CEO Kristofer Willa.

“As a result, they have no choice but to spend a full day each week on paperwork and still end up being paid late and lose their creativity.

“Finance doesn’t have to be about anxiety, spreadsheets, templates or vendor forms.”