How blockchain and cryptocurrencies can deliver financial inclusion for Africans

The uptake of cryptocurrency and blockchain has been steadily growing globally, but in the continent of Africa, crypto has proved a lifeline for millions of people. 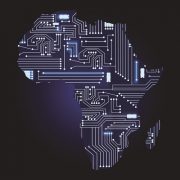 In fact, the continent now boasts one of the largest user cases of crypto trading anywhere in the world, with Nigeria leading the charge.

There are both cultural and circumstantial drivers for this trend, but fundamentally the driver for uptake is the economic climate on the continent, i.e., a lack of access to financial services and micro loans, unemployment and underemployment.

Akin to the other big users like Southeast Asia and Latin America, many millions of people live below the poverty line, and many more have suffered as a result of the pandemic. Across Africa – and particularly in Nigeria – currency devaluation and low uptake of traditional bank accounts further fuel the usage of cryptocurrencies as a means to earn, share and spend money.

And the almost ubiquitous use of mobile phones for transferring money and accessing the internet means adoption of trading platforms has proved easy.

With the youngest population in the world, the African workforce is predicted to be the world’s largest by 2045. There are around 226 million people aged between 15-24, a vast generation of young people and graduates trying to break into the world of work.

Because of huge unemployment, the youth of Africa are increasingly seeking alternative and non-traditional routes to a salary. Entrepreneurism is crucial for those wanting power over their own futures and to build businesses and generate wealth.

Because so many jobs are now remote due to the pandemic, an increasing number of people have been able to work for start-ups in the crypto and blockchain space that are out of the country and even the continent.

Meanwhile, through blockchain, people can build and access systems not previously available to them, for example micro-lending platforms that can help new businesses to establish themselves.

A major benefit of the decentralised model is putting power back in the hands of users. The ability to transact on an immutable, censorship-resistant and permissionless blockchain that cannot be affected by the hyperinflation seen so often in African economies is a huge step towards achieving self-sovereignty over their finances.

Indeed, the crypto/blockchain system allows users to gain access without prerequisites or qualifications. There is no other system of finance as open or inclusive anywhere else in the world.

Research shows the widespread use of digital finance has been estimated to boost the annual GDP of all emerging economies by $3.7 trillion. The additional GDP resulting from the use of broader digital finance usage could create up to 95 million jobs across all sectors.

The potential boost to African communities brought by cryptocurrency and blockchain is invaluable – and the impact is already being felt by many.

And while use cases are plentiful, education has proved a crucial element to building a stable and sustainable future for blockchain and cryptocurrency in Africa. Criminals were quick to capitalise on naïve traders and people quickly began to associate crypto with scams or pyramid schemes.

To combat this, academy programmes were rolled out around the continent to teach Africans the fundamentals of cryptocurrencies, how to identify scams and how to safeguard their crypto journey.

As the number of users grows and grows, there is little doubt the future of cryptocurrencies and blockchain development in Africa is set to be a prosperous one.

While African banks are not permitted to trade in crypto there has been no resistance among governments to independent trading. Certainly, many government bodies will be watching to see how cryptocurrency develops and some may even look to issue their own through central bank digital currencies (CBDCs).

In the meantime, however, what is certain is the lifeline blockchain and cryptocurrency has given to Africans, with both delivering financial freedom and inclusion for millions.

Emmanuel Babalola is Director for Africa at Binance and the interim CEO of social payments app Bundle.

He has previously worked as Business Development Manager at CoinCola International and Chief Operations Officer at Complustech Limited.