It’s easy for new technology firms to claim their technology is the latest approach to banking software, but they may not be able to keep up when trends change. 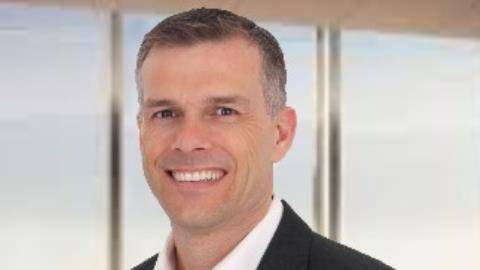 That’s according to Conor Colleary, group vice president and head of solution consulting at OracleFS.

“There have been perhaps two or three fundamental changes in the last 20 years in the way technology is presented.

“Cloud and Software-as-a-Service (SaaS) is definitely the latest, but it won’t be the last. You have to ask yourself if [new cloud-based vendors] are going to have the ability to keep pace.”

Naturally, Colleary is keen to stress the expertise of his own company. Oracle has a “deep domain knowledge” in banking and beyond, he says, adding the firm spends $6 billion a year upgrading its tech.

Flexcube, the flagship and workhorse of the OracleFS systems portfolio, continues to have the full support of the company.

“When you look at the current status of Flexcube, and the pedigree it has,” says Colleary, “it absolutely remains at the core of our business.”

Now sitting at version 14.5, new banks on the Flexcube books include Kuwait’s Gulf Bank, the Central Bank of Egypt, and ZamZam Bank in Ethiopia.

The vendor’s new wins in the Middle East and North Africa (MENA) and Sub-Saharan Africa regions come at a time of greater acceptance of cloud systems among those jurisdictions.

Despite this, Colleary says there is still “a lot of consideration” around data residency in emerging markets when it comes to cloud.

Plenty of banks are wanting to deploy SaaS solutions, he says, but a complete switchover remains a daunting prospect.

Still, companies see that “benefits outweigh the investment and challenges” of getting there. He says Oracle’s footprint of data centres also helps to alleviate worries about the location of cloud-hosted data.

When it comes to deployment, clients are starting with periphery systems, and not going directly to their core processing or core banking engines.

“We’re seeing people take up things like our revenue management billing offering which is SaaS based,” says the Oracle exec.

“They’re taking on systems geared around lending, leasing and consumer lending.” One such modular customer is AT&T, which picked up Oracle’s lending systems in August.

Breaking things down into components has meant Oracle has found “a lot of traction” with customers and potential customers.

Colleary says Tier 1 and Tier 2 banks in particular have shown interest in the ability to compartmentalise their banking systems, and pick new modules without affecting original systems.

“You no longer need to implement the whole system to get specific bits of value.”