California-based fintech Tala has raised $145 million in a Series E funding round, bringing its total funding to date to more than $350 million. 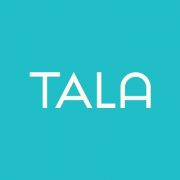 The raise was led by Upstart with participation from the Stellar Development Foundation, IVP, Revolution Growth, Lowercase Capital, and PayPal Ventures, along with newcomers Kindred Ventures and the J. Safra Group.

Founded in 2014, Tala aims to provide financial services to emerging markets. The fintech offers a credit lending app designed to “serve the people that traditional financial institutions can’t or won’t”.

It claims to have handed out $2.7 billion in credit to more than 6 million customers across Kenya, the Philippines, Mexico, and India.

Tala says it will use the cash to fuel the launch of new account services, including tools to help its users borrow, save, and manage their money through the Tala app.

The firm will also look to add to its product offering with cryptocurrency solutions as well as further expand its team.

As part of the investment, co-founder of Upstart Paul Gu and CEO and executive director of the Stellar Development Foundation Denelle Dixon has joined Tala’s board of directors.