Brazilian payments start-up Hash has raised around $40 million (BRL 235 million) in a Series C funding round co-led by QED Investors and Kaszek. 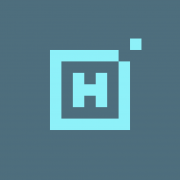 The fundraise comes hot on the heels of the firm’s Series B earlier this year which raised around $15 million (BRL 81 million), and brings the total capital raised by the firm to around $59 million since its inception in 2017.

The firm’s solution allows businesses to provide financial, payments, and banking solutions to their merchant partners.

In a LinkedIn post, the company says the new funds will be used to fuel its growth and scale its infrastructure, as well as to bring in new hires for its technology team.

“We’ve doubled the number of customers in the last three months and are working on new solutions for 2022,” says João Miranda, founder and CEO of Hash.

“The new round comes to reinforce our commitment to the decentralisation of financial services, especially for SMEs.”