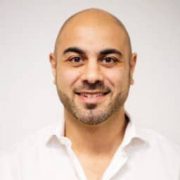 Founded in 2012, Till claims to serve hundreds of merchants across 12 countries, providing a data-driven and end-to-end payment solution for online and bricks-and-mortar stores.

The funding was raised from both new and existing investors based in Australia and the US, including Avenir Growth, Woodson Capital, and Akuna Capital, as well as customers of the business.

The all-in-one payments provider will use the funding to expand into international markets, including New Zealand, the United Kingdom, Europe and the United States.

The cash will also go towards investing in the firms’ sales, marketing and technology teams.

Till Payments CEO Shadi Haddad says the $670 billion worth of payments made in Australia every day presents an “enormous opportunity” and claims that while the industry is growing rapidly, it is still very much in its infancy.

“The widespread disruption that has been experienced in the past year or so has urged businesses to call for a revolution in payments that considers every consumer touch and data point during the payment experience,” Haddad adds.