B2B BNPL start-up Billie has raised $100 million in a Series C funding round, valuing the Berlin-based company at $640 million. 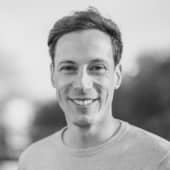 Billie claims the funding round is the “world’s largest to date in the B2B BNPL market” and says its valuation has quadrupled since its last financing round, a $35 million Series B in 2019.

The round was led by London’s Dawn Capital, with BNPL giant Klarna, Tencent and previous backers Creandum, Speedinvest, Picus and GFC also participating.

Billie says it will use the cash to fuel its international expansion as well as “significantly expand its technical integration with Klarna and other strategic partners”.

“BNPL has radically changed the payment behavior in e-commerce in the last couple of years,” says Billie co-founder and co-CEO Matthias Knecht.

“Today, B2B buyers from larger companies to individual retailers are going ‘digital-first’ and are already used to automated and frictionless processes in the B2C space.

“However, BNPL for business customers is still at a very early stage, and worldwide, there is nearly no provider of a BNPL product like what Klarna offers for B2C.”

Billie has also announced a substantial debt refinancing of $200 million per month which will support the firm’s BNPL financing, drawn from a consortium of German banks.