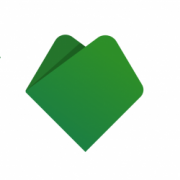 Paylike was founded in 2015 and operates across Europe

Lunar says the deal will make it possible for its business customers to receive e-commerce payments without having to use an intermediary.

The firm has also launched a one-step checkout solution alongside the acquisition as it aims to make online payments “simpler and faster” for businesses and consumers.

Paylike operates across Europe and claims to handle a transaction volume of €100 million a year.

Speaking on the acquisition, Lunar founder and CEO, Ken Villum Klausen, says the move is part of the firm’s plans to move “beyond banking”, adding that payments will be “at the forefront of our next growth phase”.

Founded in 2015, Lunar has offices across Denmark, Sweden and Norway and claims to serve more than 325,000 customers.

The firm started out as a personal finance management (PFM) app before securing its banking licence in August 2019.

The firm followed that up by securing €210 million in Series D funding in July to further fuel its expansion.