Danish neobank Lunar has raised €210 million in its Series D funding round. 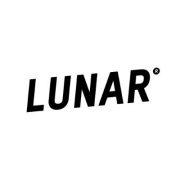 The challenger landed a €40 million Series C round last year

The round was led by Nordic investment firms Heartland and Kinnevik and Chinese tech giant Tencent.

Founder and CEO Ken Villum Klausen says it is the “biggest round ever from a Danish-based fintech” and comes hot on the heels of fellow Danish fintech Pleo’s $150 million funding round last week.

Founded in 2015, Lunar has offices across Denmark, Sweden and Norway and claims to serve more than 325,000 customers.

The firm started out as a personal finance management (PFM) app before securing its banking licence in August 2019.

The challenger says the funds will be used to continue its growth and to launch new products.