We saw a significant surge in the use of QR codes around the world in 2020. In fact, a recent survey by Statista, found that close to 50% of consumers in the US and UK have increased their use of QR codes since March 2020. 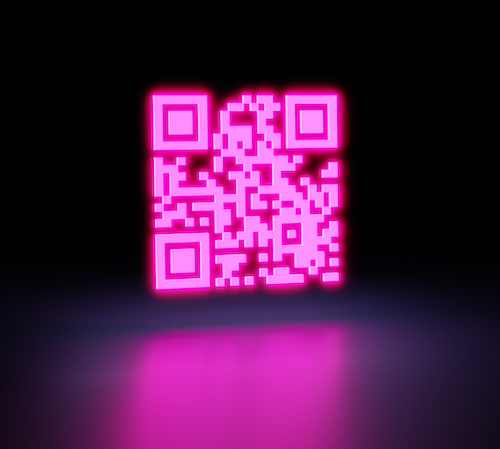 QR codes are everywhere: at restaurants replacing the once all-inclusive menu; in magazines, sending us to the latest workouts and recipes; on food packages, on direct mail and now even at the ATM.

An ATM? What can a QR code do for consumers at the ATM?

Diebold Nixdorf’s Customer Experience Team chose to find out by conducting consumer interviews designed to explore changes and concerns with the ATM experience in a post-COVID world.

By analysing people’s experiences with contactless technologies, like QR codes and NFC, we determined consumers are not only comfortable with the adoption of these technologies but expect to see them incorporated into their ATM experiences.

The study presented several key findings – one being that most participant’s ATM habits have changed. Their frequency of ATM visits decreased, and many had concerns with touching the device, leaving them to take sanitary precautions, such as wiping the buttons and screen. The vast majority of participants interviewed welcomed the adoption of a contactless technology and preferred the QR code above NFC.

All participants stated they were familiar with QR codes, how they worked and have used them recently either at a restaurant or in some other capacity. With further discovery, we also learned that where the QR code originates is an important factor. Given the choice between (a) using a scanner on the ATM to scan a QR code displayed on a mobile phone (similar to an airplane boarding pass); or (b) scanning a QR code presented on the ATM screen using their mobile banking application (similar to the menu in a restaurant), participants overwhelmingly prefer scanning the QR code presented on the ATM screen. They cited challenges associated with getting the QR code on their phone to be scanned correctly and reported more poor experiences when trying to scan something on their phone.

With this insight, we’re leveraging QR codes to build a truly “touchless” experience for the ATM using microservices and API technology. Microservices architecture enables specialty functions to be built within a standard app framework so the solution can be integrated into an existing digital banking application without any disruption to the consumer experience.

The result is the newest feature in our Vynamic™ Digital Cardless Transaction offering, which enables consumers to activate a QR reader within their existing digital banking application to scan a dynamic QR code on the ATM terminal screen to identify your location, and then quickly confirm the transaction using the banking application to withdraw or deposit their money. No touching the ATM screen or buttons – it’s a truly touchless experience.

Once developed, we engaged with consumers again to ensure that we met the experience goals and expectations for the product. All participants were given the app and were asked to walk themselves through the entire process, from opening the mobile app to scheduling the withdrawal and then using the ATM to retrieve their withdrawal. 100% of the respondents felt it was easy to use and the steps were intuitive.

As we sought to better understand the impacts of recent consumer behavior changes, we are able to identify ways we could apply technology to create more intuitive experiences. As we executed on this vision, the positive responses have provided reinforcement for the adoption of this technology. The result is not just a technology solution that allows for a more streamlined experience, but rather the digital foundation that allow consumers to control the ATM directly from the palm of their hand. Now that’s true customer-driven innovation.