Fintech start-up Moss has secured $29 million in a Series A extension round led by Peter Thiel’s Valar Ventures, with participation from Cherry Ventures and Global Founders Capital. 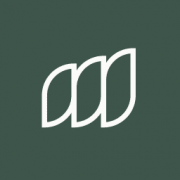 Moss has now raised more than $64 million in total

The Berlin-based firm initially raised $24.5 million in its Series A round in January this year, which was also led by Thiel’s VC company.

Moss has now raised more than $64 million in total capital. It claims the latest injection boosts its valuation up to $264 million.

The fintech offers corporate credit cards and spend management software for start-ups and small to medium-sized enterprises (SMEs) in Germany.

It aims to give companies a better overview of employee spending while streamlining accounting processes.

Moss claims to have dished out more than 8,500 physical and virtual credit cards since its launch in 2020, processing more than 100,000 transactions.

CEO and co-founder Ante Spittler says his firm wants to “help companies transform finance processes in their organisations”, adding that Moss has “quadrupled” its number of customers since its last funding round.

The fintech will use the funds for further product development and to double the size of its team, with European expansion also on the horizon.

It plans to enter a “second market” by the end of the year, with additional countries to follow in 2022.