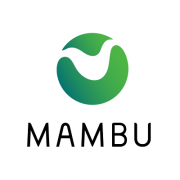 Mambu has won a number of deals this year

The challenger received a banking licence back in March to serve small and medium-sized enterprises (SMEs) in the country.

It claims to be the “first cloud-only bank in Denmark” and says it differentiates itself from the competition through its “fully digital architecture”.

Carsten Smith, COO at Kompasbank, says Mambu is “the right choice to help us on our growth trajectory” thanks to its “cloud-native, API-first architecture”.

Mambu has experienced a handful of go-lives and won a few selections in 2021 so far.

The German vendor won a pair of digital banking deals in Colombia and Vietnam earlier this month.