Fintech start-up XREX has secured $17 million in a pre-Series A round as it looks to expand its blockchain-based cross-border payment services. 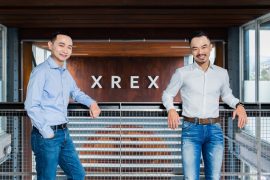 CDIB, Metaplanet, AppWorks and Black Marble also participated in a $7 million seed round in 2019, alongside Skype’s late-cofounder Toivo Annus and the Taiwan government’s National Development Fund.

Working with local regulators and financial institutions, XREX has released tools such as BitCheck and MyXchange to help emerging market merchants and small to medium-sized enterprises (SMEs) reduce forex loss and gain access to US dollars to streamline cross-border transactions.

Huang says: “Many of our team members are from or have lived in the markets where we serve. We keenly understand the struggles faced by many cross-border merchants who lack safe access to US dollar liquidity.”

The company says it will use the funding to expand its fiat currency portfolio, acquire additional licenses and forge new partnerships with other financial institutions and digital wallets.