New York-based blockchain security firm CertiK has raised $24 million in an extension of its Series B fundraise. 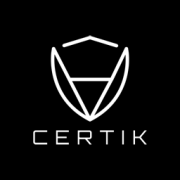 The firm has now raised more than $70 million in total

The “Series B+” investment was led by Tiger Global and GL Ventures and comes just one month after the firm’s $37 million Series B round co-led by Coatue Management and Shunwei Capital, with participation from Coinbase Ventures.

The firm has now raised more than $70 million since its inception in 2018.

The company claims to have protected more than $90 billion worth of digital assets and detected more than 23,000 vulnerabilities in blockchain code for 1,300 enterprise clients.

It says the funding comes at a time of “hyper growth” for the firm as it looks to triple its global headcount in the next year.