San Francisco-based fintech start-up Eco has raised $60 million in a fundraising round led by Activant Capital and L Catterton. 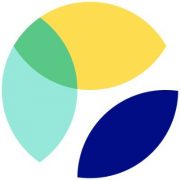 Eco launched its app in March this year

The round also included participation from a16z Crypto, Lightspeed Venture Partners, LionTree Partners, and Valor Equity Partners, among others.

It comes just four months after the company launched its digital wallet app following a $26 million fundraise in March led by a16z Crypto.

The new funding takes its total raised to around $94.5 million, including the firm’s $8.5 million seed round led by Expa and Pantera Capital.

Eco provides a “Smart Money” digital wallet that rewards customers when they save, spend, or send money.

The company claims customers can earn up to 5% annually on deposits and get 5% cashback on spending with companies such as Amazon and Uber.

Eco says the app, which had a waitlist of 180,000 people at launch, helps consolidate customers’ finances in one place “without fees and without business models that take money out of your pocket”.

It adds the new funding will be used to continue its growth, including building new use cases and services, expanding merchant partnerships, and scaling the app.