California-based fintech Paystand has raised $50 million in a Series C funding round led by NewView Capital. 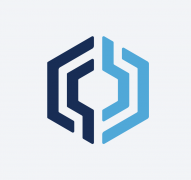 Paystand was founded in 2013

The B2B payments firm, which raised $20 million in a Series B round in 2020, has now raised around $80 million total.

It says it will use the new capital to grow the business and “invest in redefining B2B payments”.

Paystand is one of a growing number of decentralised finance (DeFi) companies and leverages blockchain and the cloud to power the Paystand Bank Network—a digital B2B payment network with zero fees.

It claims more than 250,000 companies currently make payments through the blockchain-based network, with a volume of over $2 billion.

Paystand co-founder and CEO, Jeremy Almond, says: “DeFi and blockchain represent the largest shift in our economy in over a generation.”

He adds Paystand is aiming to “create an open financial infrastructure” with its Payments-as-a-Service offering and the new funding will allow the firm to “bring the benefits of blockchain to commercial payments”.

As part of the investment, Jazmin Medina of NewView Capital will also join Paystand’s board.