The European Central Bank (ECB) has decided to kick off the next step towards a digital euro. The governing council has now approved a 24-month “investigation” phase. 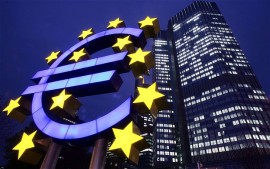 The results of the project so far have been “encouraging”

ECB president Christine Lagarde says: “Our work aims to ensure that in the digital age citizens and firms continue to have access to the safest form of money, central bank money.”

This phase will address key issues around design and distribution. The ECB has said a digital euro must be able to meet the needs of Europeans while at the same time help to prevent illicit activities and avoid any undesirable impact on financial stability and monetary policy.

The ECB published a report on a digital euro nine months ago and since then has been doing further analysis alongside national central banks and involving participants from academia and the private sector.

The results have been “encouraging”, says Lagarde, with no technical obstacles identified.

ECB board member Fabio Panetta, chair of the high-level task force on a digital euro, adds: “We will engage with the European Parliament and other European decision-makers and inform them regularly about our findings. Citizens, merchants and the payments industry will also be involved.”

A market advisory group will take account of prospective users’ and distributors’ views of a digital euro during this investigation phase. Those views will also be discussed by the Euro Retail Payments Board.

The Eurosystem will now focus on a possible functional design and will involve focus groups, prototyping and conceptual work. It will examine the use cases that a digital euro should provide as a matter of priority to meet its objectives: a riskless, accessible and efficient form of digital central bank money.

The project will also shed light on the changes to the EU legislative framework which might be needed and that will be discussed with, and decided by, European co-legislators.

Within the previous analysis phase, it was noted that both the Eurosystem TARGET Instant Payment Settlement (TIPS) and alternatives such as blockchain were proven capable of processing more than 40,000 transactions per second. Experiments also suggested that architectures combining centralised and decentralised elements are possible.

According to these experiments, a digital euro core infrastructure would be environmentally friendly. For the architectures that were tested, the power used to run tens of thousands of transactions per second was deemed negligible compared with the energy consumption of crypto-assets such as Bitcoin.

Panetta adds: “A digital euro would level the playing field and encourage innovation by enabling competing providers – large and small – to build on it.

“By providing services with ‘digital euro inside’, European intermediaries would be in a position to strengthen the services they offer to their customers and stay competitive even as global tech giants expand into payments and financial services. And central bank money would remain at the heart of the payment system, strengthening Europe’s autonomy in the age of digital money.”