French fintech Younited has raised $170 million in its latest funding round. 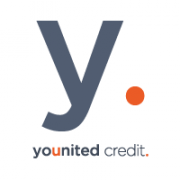 The firm says the funds will be used to “consolidate [its] presence on the European market” as well as grow its team and expand its B2B and B2C offerings.

Part of France’s Next40, Younited provides an online platform to facilitate financial transactions between lenders and borrowers.

The company claims it has granted more than €2.4 billion in credit since its launch in 2012.

The firm partnered with Orange Bank last month as the French bank looks to boost its credit options following its €195 million loss over 2020.