Bank of Ireland to acquire Davy in €440m deal

The Bank of Ireland (BoI) has agreed a deal to acquire wealth management and capital markets provider Davy for €440 million. 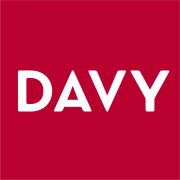 The BoI says 25% of the funds will be paid two years after the completion of the deal “subject to Davy shareholders meeting a number of agreed criteria”.

A further €40 million may also be paid from 2025 depending on business performance.

Davy has also separately announced that it is selling Davy Global Fund Management (DGFM) to Luxembourg-based investment company IQ-EQ as well as its shareholding in Rize ETF to UK firm AssetCo.

As a result of these sales, the BoI says Davy will have “significant excess cash” on its books, for which it will pay a further €125 million.

Founded in 1926, Davy has around €16 billion in assets under management. The company provides wealth management and capital markets advisory services and will retain its brand and structure “under the Bank of Ireland umbrella” following the deal, which is expected to complete in 2022.

Francesca McDonagh, group chief executive of the Bank of Ireland, says the acquisition will “considerably enhance our customer offerings and growth outlook”.

She adds: “Wealth management and capital markets are important parts of our business.”

Ireland’s minister for finance Paschal Donohoe says the deal is a welcome outcome for the Irish economy.

“Today’s announcement by Bank of Ireland brings to an end an uncertain period for Davy and provides it with a well-capitalised owner providing opportunities for growth, which will support the wider needs of the Irish economy and businesses.”

The sale comes after the Central Bank of Ireland had fined Davy €4.1 million in March. It says the penalty was a result of “regulatory breaches arising from personal account dealing”.

The acquisition is subject to regulatory and other customary conditions, including approval by the Central Bank of Ireland and the Competition and Consumer Protection Commission.