Lloyds Banking Group has announced its intention to close 44 branches in the UK, a result of customers moving to digital channels.

The bank is adding this fresh group of closures to a January 2020 announcement earmarking 56 locations for shut down. This means the bank is now closing 100 branches in total. 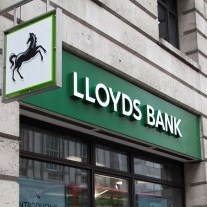 Lloyds has announced 100 branch closures in the past 18 months

Branches from Lloyds and its subsidiary Halifax are included in the figure. The bank says that its selection process picked out city branches with a secondary location nearby.

The 56 closures are set to occur between September and November 2021. Branches in Cardiff, Leeds, Brighton, London and Manchester are included.

Once complete, the banking group will have 779 Lloyds Bank branches, 560 Halifax branches and 184 Bank of Scotland branches.

UK union Unite has expressed its “anger” at the decision.

Caren Evans, Unite’s national officer, calls the decision “baffling”, and adds it will “deny our communities of essential services such as access to cash and experienced, highly trained staff”.

Evans says local ATMs are not suitable replacements for a fully-staffed branch.

“Unite does not view the bank branch network as a disposable commodity and the union believes that the branch network has a value far beyond its immediate commerciality.

“Unite wants to see Lloyds Banking Group invest in the branch network and commit to a meaningful presence in our communities.”

Lloyds Banking Group has spent a total of £4 billion on technology investments under its ongoing three-year digital transformation programme.

GSR3 is a successor to the group’s prior transformation scheme GSR2 and includes a 40% increased spend in digital technologies.

Lloyds’ digitally active customers increased by one million in 2020, or 6.1%, while mobile app users sat at a smaller 12.5 million.

The UK’s Financial Conduct Authority (FCA) issued a notice in February calling on banks to reduce the rate of branch closures during the COVID-19 pandemic.

“Firms are reminded to consider the impact of national restrictions on compliance,” said the regulator.

“We are concerned that these activities could have significant consequences for customers.”

In September last year, the FCA published guidance on branch and ATM closures. The regulator cites a collective of banks anonymously which are pushing on with their closures.

It said this group “should consider pausing or delaying new branch closures where possible […] particularly where this could have significant impact on vulnerable customers”.