Community bank-focused Synctera raises $33m in Series A round

US community bank focused Synctera has raised $33 million in a Series A round led by Fin VC. The start-up is building a partnership banking marketplace connecting community banks with fintech platforms. 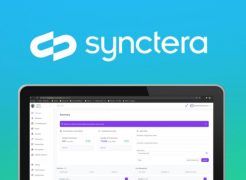 Its plan, to build a third-party platform in the middle to address the needs of both sides, stemmed from a number of perceived issues.

Smaller banks and credit unions in particular are often reluctant to pursue potential partnerships due to a lack of technical and operational resources.

They also have concerns about the regulatory compliance of the fintechs and expect to incur operational overheads and complexity in managing, reconciling and billing them.

The platform is intended to reduce risk, ensure compliance and speed up time to market for fintechs and banks alike. The need was identified by the Synctera founders through their work on both the bank and fintech sides of the fence.

Synctera’s co-founder and CEO is Peter Hazlehurst, ex-head of Uber Money, Google Wallet and CPO at Yodlee. Fellow co-founder and CTO, Kris Hansen, saw the issues in his role as CTO at Canadian app Koho.

The Synctera platform was launched in 2020 and its seed funding round raised $12.4 million in December that year. It is based in San Francisco, with a development team in Canada.

The Series A funding will help Synctera to expand its software engineering team to accelerate the development of its product roadmap, ramp up sales and marketing, and prepare for a future international expansion.

As part of the announcement, Synctera also demonstrated its commitment to the Cap Table Coalition alongside other high-growth start-ups by allocating 10% of all funding rounds to traditionally marginalised investors.

Gaingels, Neythri Futures Fund, Plexo Capital and over 20 angels participated in Synctera’s series A as a part of the coalition. The Cap Table Coalition aims to diversify the VC ecosystem by creating investment opportunities for Black, Latinx, LGBTQ+, women, and other traditionally marginalised investors.

Also on board is Lineage Bank, a de novo community bank based in Franklin, Tennessee, and Ellevest, a fintech with a money management and financial planning app for women. Synctera plans to grow its team to over 150 people by the end of the year.