Uber Money’s former head, Peter Hazlehurst, has emerged out of stealth mode with his latest start-up venture – armed with $12.4 million in venture capital. 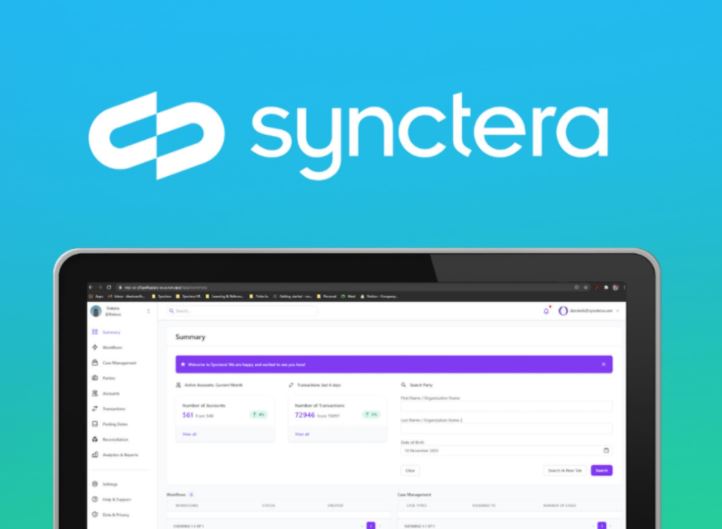 Alongside its launch out of stealth mode and a decent seed investment, Synctera has also made its first match. Coastal Community Bank and San Francisco-based digital banking challenger One.

The star-up’s board of directors will now house Ansaf Kareem, the lead Investor at Lightspeed, and Diagram partner Frederic Latreille.

Synctera is a two-sided marketplace which forms a shop window for fintechs, community banks and credit unions alike.

By creating a buffer, the start-up hopes to reduce risk, tick compliance boxes more easily and speed up go-to-market times.

“We’re basically building a layer that fits between banks and partners to facilitate […] fintech partnership, and to create a marketplace in the middle […] that helps bring these worlds together,” Hansen told BetaKit.

“What I saw was really an opportunity to decouple that relationship,” he adds. Typically, this is a bilateral one, with a different integration process per partner. Hansen envisions a marketplace where this pattern becomes less insular and static.

According to Crunchbase News, Synctera’s sweet spot is banks with between $300 million and $500 million in assets. “We’ve probably had conversations with 20 banks in the last few months,” says Hazlehurst.

He plans to hire around 50 employees over the next six months. Currently, Synctera is home to a nine-person workforce.

The company is currently focusing its offering on North America. Incorporated in the US, it has a Canadian subsidiary and engineering team based out of Toronto.

But the long-term business goal is a global play, according to board member Latreille. “We view this as a technology platform that’s really broad, and it’s portable,” he tells BetaKit.

Hazlehurst left Uber Money earlier this year, after the ride hailing giant claimed it was pressing the pause button on its financial play.

He exited the firm in June, following Uber CEO Dara Khosrowshahi’s announcement via email that it would “deprioritise” several of its finance-related projects.

But five months later, Johnie Lee, Uber’s engineering lead for financial products, announced on LinkedIn that his team was hiring “across the board”.

It seems Uber is reigniting its focus on finance. With a particular emphasis on globally scalable financial products and Uber Cash integration.

A month before Uber Money’s deprioritisation, the firm cut its employee count by 25%.

It was under huge pressure to cute inessential projects, with ride volumes dropping roughly 70% at the height of the pandemic.

Read next: Uber plans return to financial services with hires “across the board”