Divide and conquer: how share schemes are telling the story of the UK’s start-ups

There are a number of ways to gauge major global start-up trends, but one obscure metric to watch out for is the rise of the share scheme.

Share schemes were once a rarity within the UK but this is rapidly changing. 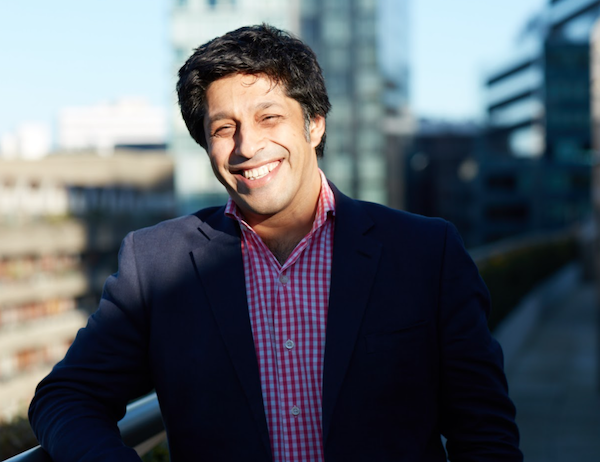 Ifty Nasir, Vestd: share schemes are both a symptom and a driver of commercial prowess

What do these increasing share scheme numbers mean for the UK’s start-up scene? Why is there a correlation between share schemes and big tech initial public offerings (IPOs)? And what does all of this mean for London’s place on the global stage?

Part of the start-up furniture

Share schemes have an intimate relationship with start-ups. Start-ups can be scrappy things, often bootstrapped into being by entrepreneurs with big visions but limited funds. Share schemes can help keep things on track through those perilous early days by enabling founders to attract talent with a cut of equity.

Equally, once the company starts to grow, share schemes can help to align a growing team’s energy and to get everybody fired up and heading towards the same goals.

Those goals, for start-ups, are usually to sell the company once it hits a certain valuation or to trade it on the stock market, triggering a windfall for shareholders. This dynamic has been a mainstay of start-up culture around the world for decades and in places like San Francisco and Hong Kong, start-up team members expect a piece of the action in return for growing the business. In short, they join the ride anticipating the exit windfall. And if more share schemes are being used, you can tell that more start-ups are following this model.

The UK has lagged behind in this respect and this has partially been influenced by the relative lack of inspirational UK exits. For years, we’ve seen huge numbers of the world’s biggest start-ups go public in New York, Frankfurt, Singapore…but not so much in London. The knock-on effect is that the average British company has continued to turn a blind-eye to the power of the share scheme.

Of course, this leads to a vicious cycle, and to some degree, despite enjoying its solid reputation as “the traditional stock market”, London has missed out on a lot of big tech trading.

However, change is afoot and all signs point towards a bonanza year for the British capital. Three giants have already gone public in London in the first quarter of 2021 (Moonpig, Trustpilot, Deliveroo) and more are slated to follow including Darktrace, Pensionbee and Oxford Nanopore Technologies.

The more big exits we see, the greater the understanding of exit culture will be. The power of these events to shift perceptions is already being noted by leaders across the industry.

Pete Hykin, co-founder of pension platform Penfold, says: “Big exits are a good thing. As well as obviously being a nice payday for employees and founders who’ve worked hard for years (and possibly creating a new generation of angel investors) it raises the profile of entrepreneurship and start-ups as a whole.

“This is a really good thing because at least 50% of the people I interview still tell me they’re worried about working in a start-up because it’s ‘risky’, which is so sad because there is absolute no more guarantee of job security in a stagnant but profitable company than a fast growing but loss making one, but the upside of the latter can be huge.

“These exits are fantastic, high-profile examples of that upside.”

What the data tells us

The latest government figures show that uptake of share schemes have jumped 58% over the past decade, including an 8% increase just over the last annual period recorded. This year’s figures have yet to be released, but research conducted last year by 3Gem and Vestd (the UK’s first and only regulated digital share scheme platform for SMEs) shows that almost half of all business leaders are now considering share schemes.

This represents a wholesale paradigm shift in how business leaders structure their rewards. This increase in share scheme adoption perhaps gives us a bit of an insight as to what is happening under the skin of British business.

In short, what we can read into the figures is not only the maturity of the UK start-up space, but a broader understanding of the motivating power that a share scheme can offer any enterprise.

On this point, Debbie Oxley OBE, chief executive of the Employee Ownership Association, says: “There are many compelling reasons [as to] why the time is now for more employee ownership as the country looks to recover and renew. Businesses that choose employee ownership as their business exit or succession plan, root jobs for the longer term, in the regions and communities in which they operate.”

Perhaps the greatest proof that the tide is turning for the UK’s start-up scene is that the UK’s business ecosystem is now attracting weighty brands from all over the world.

Steve Madincea, founder of Fantastec, who recently relocated to London from LA, notes that “the boom of start-ups in the country make it a very exciting environment for entrepreneurs”.

He says: “There is also change afoot, which likely has been forced by the pandemic. Investors throughout the UK are now open-minded and more eager to invest in new and exciting trends such as NFTs. That’s very positive for Fantastec and any other start-up pursuing new tech and new sectors.”

These sentiments are echoed by Zip’s MD Anthony Drury (who is also ex-PayPal and Amex). Drury decided to relocate to the UK from Sydney, “to join a fast growing, global fintech start up in one of the biggest markets in the world”.

He adds: “We’re growing fast, the UK is the epicentre and I’ve no doubt being here is facilitating that. For global relevance, you now have to be in the UK.”

The metric beneath the metrics

As all elements of London’s predicted boom take shape, you can bet your bottom dollar that the number of share schemes will rise too.

Share schemes are both a symptom and a driver of commercial prowess, and as the UK heats up, so, too, will the number of companies slicing up the pie.