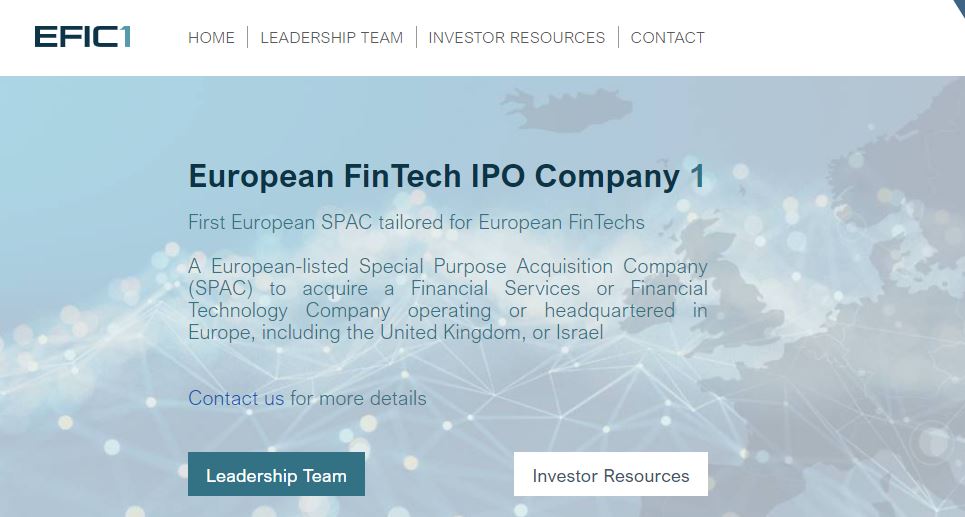 It intends to use the money it raised in this IPO to buy a financial services company. The fintech must be operating or headquartered in Europe, including the UK and Israel.

The firm has already sold 41.5 million shares at €10 each in a private placement. Credit Suisse co-ordinated the sale.

Klaas Meertens is also a non-executive director. He oversaw a €45 million investment in the Spac via his Dutch firm HTP Investments.

The team wants to “pave the way for promising fintech companies in Europe to go public in their home region”, and “strengthen Europe as the financial home of a forward-looking financial industry.”

Whilst the US has seen a spike in Spacs in the last year, Europe is still catching up, making the debut of EFIC1 all the more significant.

Earlier this month, Refinitiv data showed mergers through Spacs have surged to a record $170 billion this year. Beating last year’s total of $157 billion.

But many European firms has looked to the US for their IPOs. WorldRemit, an international money transfer service based out of London, is considering taking its $1.5 billion listing to the US, according to The Telegraph.

Whilst some are still looking to home turf. Sky News reported that Wise, a $5 billion-valued money transfer fintech which grew out of the UK, is mulling a rare direct listing on the London Stock Exchange (LSE).