Fintech platform SendGold has rebranded to Rush Gold as it launches a mobile Mastercard in partnership with EML Payments. 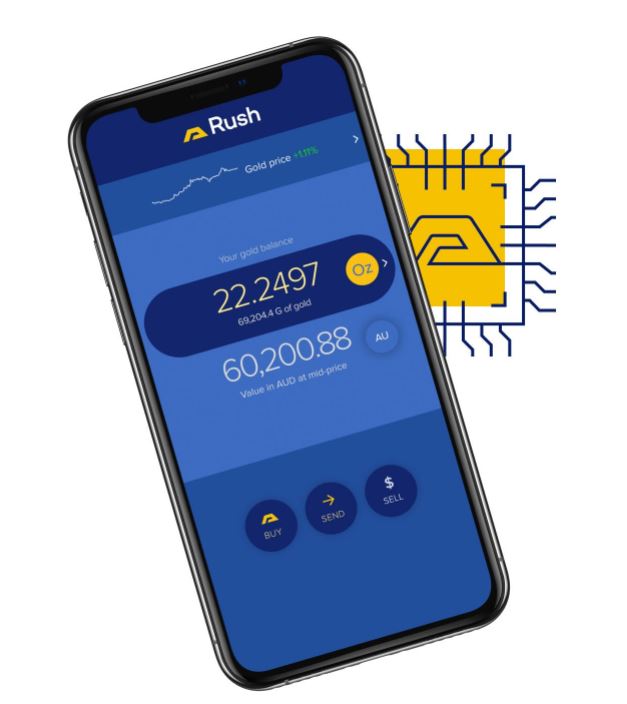 Rush says users can easily manage their gold through its app

The firm’s services are available in 13 countries, and it claims to have grown by 36% over the last 12 months.

Rush users own the title to gold “locked in an Australian vault” and insured by Lloyd’s of London. Rush says it can be easily managed through its app, alongside performance trackers.

Payments are made by a dollar amount or by weight. The app shows recipients the current value of the gold they’re receiving.

“Our Australian customers can now pay directly with gold, converting it to any currency at point of sale.”

Richard Anderson, group chief sales and marketing officer at EML Payments, says the deal is an exciting one.

“This payments innovation is a powerful way to pay and reward with gold; a substance people have had a monetary connection with for eons.

He adds: “As Rush Gold’s growth compounds month on month, the next gold rush is here.”

Private investors bought in 2020 that gold-based exchange-traded funds (ETFs) held almost as many gold bars as the US government keeps in Fort Knox.

Peer-to-peer (P2P) gold trading also saw an explosion in interest, and firms like Glint, Paxful, Goldex, and DigitalTangible rolled out fee-free services to capture the market.

Related: PFS sells up to Australia’s EML Payments for $290 million