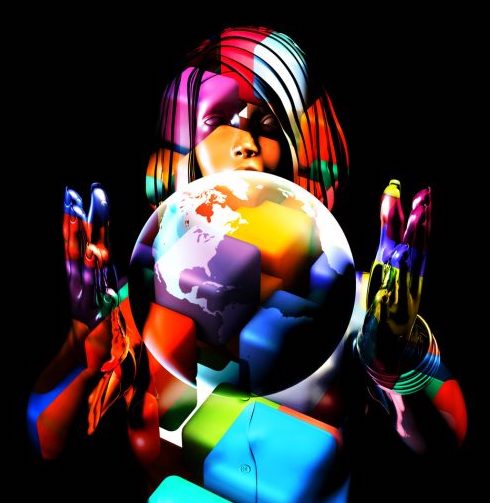 Representation matters, for all of us

Brad made me do it.

Do you guys remember immodest women trending on Twitter?

It is about four years ago now, give or take, when a bona fide academic expert was dismissed, ridiculed, called an immodest woman… for using her academic title. A title she had earned, a title that was pertinent to the topic she had been invited to opine on. But dismissed she was, because someone disagreed with her and, as often happens with bullies, that someone felt it was fair game to dismiss. Not engage, not debate, not even argue. But dismiss.

Ask any woman in your circle how painfully frequent that is. But she didn’t let it slide. That is also common.

How do you think we end up getting called emotional, hysterical, intense or aggressive?

And a movement started on social media, events and professional cycles: women started actively using their academic titles in solidarity. And in order to make a series of very valid points.

It was a seriously classy F off of the “you were saying” variety.

He asked me to change my Twitter handle and be part of the movement because representation matters, because girls need to see girls doing things and going places. Immigrant girls. Working class girls. Unlikely girls.

This matters, he said. Do your part.

Since then, I have lost count of how many times I have turned up at conferences and the men on the panel are introduced as Dr so and so and I am just Leda. And I correct the organisers. And I am yet to receive a shame-faced apology. They either go “ohhhh ok. Touchy, Dr it is”, like they are doing me a favour, letting me pretend at academic excellence, or they diminish, “well it doesn’t matter what we call you, everyone knows you: there is only one of you”. Like that is a good thing.

Do you know how many times the girl in the room is silenced by being asked to take minutes? Do you know how “unhelpful” I was deemed when I started saying no, I am here to contribute, not record?

So yes, I know there is only one of me right here right now, but really, that’s not a good thing. For me or you. And the way I am treated is an exception, situation-specific and isolated. Only, it isn’t. And that’s the problem.

Dad, your boss is a GIRL

A few months ago I rang a colleague for a quick chat. He was mid-home-schooling his little girl but he turned the phone around despite my protestations that I shouldn’t interrupt and I would call back later, and he introduced me to her. Hey this is my boss, he said.

Stunning bright eyes and a pencil taller than her taking on her math homework like a boss. That doesn’t mean breaking no sweat, by the way, it means feeling the heat but doing it anyway.

I waved, she waved and off I went.

Only my phone rang a few minutes later. My colleague rang me back, amused and horrified in equal measure.

His daughter had been surprised, shocked, delighted. Your boss is a girl, she had shouted. Boys can have girl bosses. What a world this is! I like it.

My colleague was troubled though. He is one of the good ones and he saw right through the implications of this. Nothing about him or his successful wife or their values should make a girl boss surprising to their young daughter. He felt like he had failed a test here. But it wasn’t him failing his daughter. It was the world around us.

Representation matters for this very reason.

Because although the little girl’s joy warmed my heart, the reality is I am not a girl boss. I am just the boss of some people in a particular organisational context at any given time. And those people don’t get a boy boss. I am all they are getting.

I am not the immigrant boss. Or the boss that doesn’t eat cucumber although both those things are true. I am not a novelty act. I am the only one they have, for better or worse. And that’s how bosses work. We each only get one. But we all also operate inside a structure and culture and pattern of what is normal.

So my team get a girl boss although I doubt any of them have ever thought of me in those terms. But the rest of the teams see a girl sitting with their boy bosses. Usually the only one. Sometimes there is one more, but not often. Some times there is a brown face. But not often.

“We don’t want to be too diverse” as a female colleague once said to my absolute horror. Turns out some folks don’t mind being a token. But I do.

And don’t get me wrong. Most days it’s not a thing. Most times, it’s all peaceful.

Sometimes there’s bad behaviour. Sometimes the days are dotted with micro aggressions invisible in their minuteness and singularity: it’s just you. Maybe they don’t like you, the fact that you are a woman is irrelevant. Of course. Not everyone likes me… shocking, I know.

But if I am the only one and I am treated differently then it makes you wonder. Maybe me not being the only one is how we find out what the deal is for sure.

Don’t give me girl boss accolades.

I am me. And I am all you are getting for better of worse.

So yes, representation matters, for all of us.

But for the rest of the world, we represent a gap. A gap that is neither new nor inevitable, a gap that infuriates and tires some of us but it robs all of us of the creativity and contribution of all those who are not here. We are robbed of things we don’t even know about, things that don’t come to pass. That’s what we represent above all. And until that is not an issue, until we no longer celebrate firsts and encounter bad behaviour and celebrate our small victories despite how much there is still left to do, until then: represent.

Represent what is possible, but above all, what is desirable. In inclusion, in behaviour, in aspiration, conduct and everything in between.

Represent the gap. Until it is no longer there.