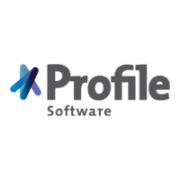 Axia is deploying as a front office tool on top of ATON’s existing in-house system, delivering a digital layer for customers.

Founded in 1991, ATON is one of the oldest investment companies in Russia. It operates more than 80,000 client accounts and has a presence in 27 Russian cities.

It selected Axia to automate processes on model portfolio construction and rebalancing. The system will also be used to offer relationship managers new monitoring tools.

“Throughout ATON’s history we are looking for the exceptional element that would add value to our client portfolios,” says Yaroslav Podsevatkin, head of trading at ATON.

“Following a thorough research of international platforms, we selected Axia by Profile due to the system’s dynamics, team’s responsiveness and ability to scale up as we grow.”

Evangelos Angelides, CEO at Profile, says the deal with ATON expands his firm’s footprint in Russia. He adds Axia is a “perfect match” for organisations “looking to innovate and grow their business”.