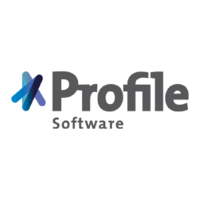 According to the vendor, Axia will streamline safe-keeping and custody operations. It will provide fees calculation and controls like automated reconciliation and reporting processes.

Forte Securities was founded in 2008, and specialises in equities, fixed income bonds, and equity derivatives. The firm has offices in Monaco, Sydney and Geneva.

Other users of the Axia system include 7Q Financial Services, MADA Capital, and Arrow Capital.

The two systems are live on Microsoft Azure,  “a critical component” of the bank’s architecture.