Poland’s Office of Competition and Consumer Protection (UOKiK) has opened an investigation into CD Projekt Red over the state of Cyberpunk 2077’s console release.

First reported by national legal newspaper, Dziennik Gazeta Prawna (via Benchmark), a UOKiK spokesperson has confirmed to PC Gamer that the agency will be keeping a close eye on CD Projekt Red’s efforts to amend the game.

The spokesperson notes: “we ask the entrepreneur to explain the problems with the game and the actions taken by him.

“We will check how the manufacturer is working on introducing corrections or solving difficulties that prevent the game from playing on different consoles, but also how it intends to act in relation to people who have complained and are dissatisfied with the purchase due to the inability to play the game on their equipment despite the manufacturer’s previous assurances.”

The regulator can fine the studio up to 10% of its annual revenue, if it finds that CD Projekt has not done enough to make those console editions sufficiently playable. 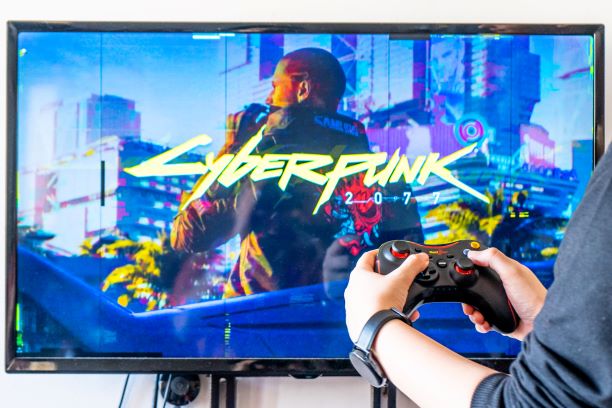 The regulator can fine the studio up to 10% of its annual revenue.

The investigation represents possible significant repercussions to CD Projekt Red if it is discovered that the company is not doing enough to satisfy consumers who were not satisfied with Cyberpunk 2077.

These repercussions may also come to the company if UOKiK finds fault with its refund policy regarding players who wanted a refund for Cyberpunk 2077.

At the heart of UOKiK’s investigation into CD Projekt Red is the handling of Cyberpunk 2077 on certain games consoles, specifically the PlayStation 4 (PS4) and Xbox One.

Cyberpunk 2077 was marketed as playable on these systems, as well as on PC. But consumers have since presented online gamers – through YouTube and Twitch – with examples of various errors when attempting to play the game.

Even on PCs, Cyberpunk 2077 is allegedly riddled with bugs.

A US law firm also filed a class-action lawsuit against the game, citing joint-CEO, Adam Kaciński’s, claims that the game ran “surprisingly well” on current-generation consoles in the weeks before release.