Pakistan has announced the launch of its new instant payment system, which is part of a long-term project to improve financial inclusion and innovation. 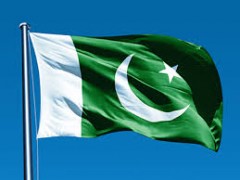 Raast is expected to fully launch by 2022

The new system is the work of the Bank of Pakistan and payments gateway Karandaaz. Named Raast, it is rolling out in three stages, culminating in a 2022 final launch.

Raast had support from the Bill & Melinda Gates Foundation, the World Bank, and the United Nations. It hopes to be the first system in the country linking government and financial institutions.

The Bank of Pakistan hopes aid programmes, salaries, and pensions, will all run through the new system in the near future.

Pakistan has kicked off several new initiatives to revamp its fintech ecosystem in recent years.

In June 2020, it accepted a new batch of start-ups into its regulatory sandbox. Among those included are firms focusing on peer-to-peer lending, investment, retail banking, and cryptocurrency.

On the fintech front, Pakistan-based SadaPay, is driving contactless adoption in the country through  a partnership with Mastercard.