The Securities and Exchange Commission of Pakistan (SECP) has announced that it has received 32 applications for its regulatory sandbox. 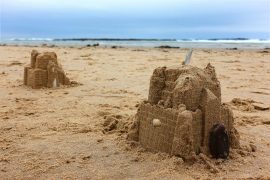 The regulator says that it received input from a variety of sources, including greenfield techs, foreign firms, and well-established companies.

For the first cohort the SECP asked applicants to put forth ideas for the insurance, non-banking finance, and capital markets sector.

13 of the 32 applicants will be moved forward into the next stage of the sandbox, which includes live demonstrations and live testing.

“Very pleased to inform we have received great response to the first cohort of the regulatory sandbox,” Abdul Rahim Ahmad, CTO and CISO at the SECP, writes on social media.

“Applications were thoroughly reviewed and screened for the second round evaluation. Due to limited capacity some applications will not be moving forward however they can reapply in the second cohort, as and when announced.”