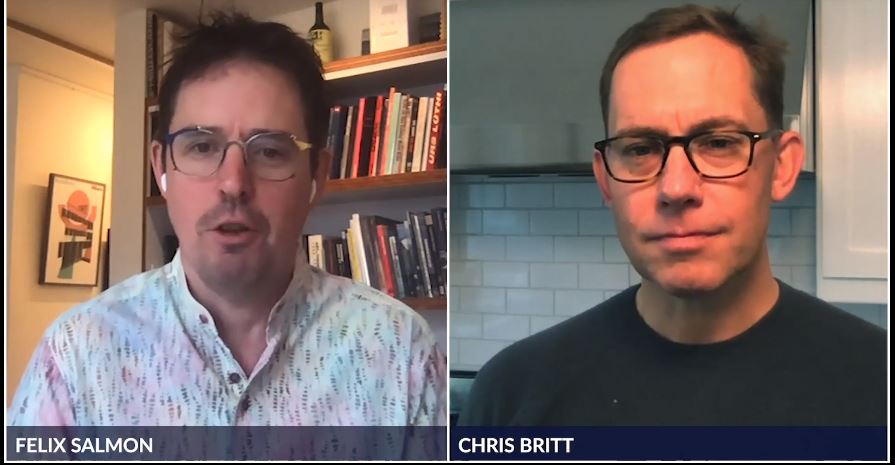 FinTech Futures brings you a collection of sound bites from Web Summit 2020, hosted virtually from Portugal. We’ll update this over the course of the week.

PayPal CEO: Cyber-attacks keep me up at night

Asked why he still prints off his bank statements, PayPal CEO, Dan Schulman, replies: “One of the things that always keeps me up at night is cyber-attacks.”

The digital wallet giant has previously suffered multimillion-dollar losses – most famously in 2010, when hacker activists sought revenge over its refusal to process payments for WikiLeaks. This was five years before Schulman became PayPal’s CEO.

“You want records to go back to in case a breach happens, no company is immune,” he says. “Always in the business of the worst-case scenarios.”

Chris Britt, Chime’s CEO, was asked to discuss how the Department of Justice’s (DOJ) ruling against the Visa-Plaid acquisition would affect the future of Chime, which is both a client of Visa and Plaid.

Chime needs Visa to remain in the payments loop. But if Plaid isn’t acquired, this could be bad news for the challenger – which earns double on Visa Chime card transactions. As it could see Plaid launch a rival payments solution.

“Chime is aligned with Visa and we monetise our relationships through this major card issuer,” says Britt. “We would expect to use Plaid, part of Visa or not.”

The CEO adds that Plaid didn’t pitch payments to Chime. “Zach [Plaid CEO] never pitched me on it.”

Come 2021, Stripe’s president John Collison says its roadmap will see it move beyond where it started – payments – and into other areas of finance such as lending.

But two of the first new products will focus on digital identity and VAT, according to Collison.

Unsurprisingly, the president confirms the fintech – reportedly chasing a valuation as large as $100 billion – has no interest in an initial public offering (IPO).

“We have no plans to IPO,” he says, pointing out that the fintech is “still early in this journey”. “I’m just reading the headlines like you”.

Unlike Stripe, Chime’s CEO says it does see an IPO on the horizon. “We will be a large independent public company at some point in the future.”

Britt even says the challenger “wouldn’t rule out” a special purpose acquisition company (SPAC) over a direct listing.

“We’re well-capitalised, so we don’t need to go public yet, we have a few things to do internally first.”

Bank of America CTO: “Top of wallet” no matter what

Bank of America has made it very clear its strategy is different from rival Citi, which partnered with Google back in 2019.

Citi revealed a sneak peak of its Citi Plex account by Google Pay in November, set to launch next year. It will see Citi offer its customers a product powered by Google, rather than itself.

Instead of partnering with a tech giant like Google – or Apple, Bank of America’s chief technology officer (CTO), Cathy Bessant, says the bank wants its own products to remain “top of wallet”, no matter the platform.

“Our strategy would be top of wallet no matter the wallet, versus the strategy Citi’s chosen,” she says.

Looking at the insular ecosystems the likes of Google and Apple are cultivating, PayPal’s Schulman adds that he doesn’t think “any one company can do this alone”.

“There’s a difference between a closed wall garden and jumping between different apps through on the same UX [user experience],” he says.

Starling CEO: Customers trust us more than the big banks

She cites the Ipsos MORI report, commissioned by the Competition and Markets Authority (CMA). “We’re right at the top,” she says.

Not quite. The digital challenger’s rival, Monzo, is currently 2% higher in terms of overall quality of service than Starling. Both banks beat the likes of Metro Bank and Nationwide, incumbents which have traditionally scored highly on this.

Boden’s bank did, however, enjoy more net-new account switches than Monzo in the third quarter of 2020.

Asked how fintechs like Starling can serve those consumers who are still unbanked in the UK – 1.3 million according to the FCA – Boden cites a “conflict”.

“It’s unfair for fintechs to provide a service at a loss when big banks aren’t prepared to do so,” she says.

Checkout.com CEO: We don’t use recruiters

With its valuation tripling this year alongside its tripled payment volumes in the last 12 months, Checkout.com has stirred much interest on how it’s been so successful.

Besides the obvious market conditions for e-commerce and trend towards digital, Checkout.com’s CEO Guillaume Pousaz says it comes down to hiring.

“Yes, we have a big business and yes, it’s growing really fast. But we’re still super thorough on the culture. We have 1,000 employees, but it still feels like the beginning.”

During COVID-19, Guillaume says the fintech has hired more than 350 employees remotely.

“All sourced internally – we don’t use recruiters.”