The deal will see Xoom users based in the UK, Europe and North America able to transfer money to seven African countries. These include Cameroon, Ghana, Rwanda, Uganda, Zambia, and Zimbabwe. 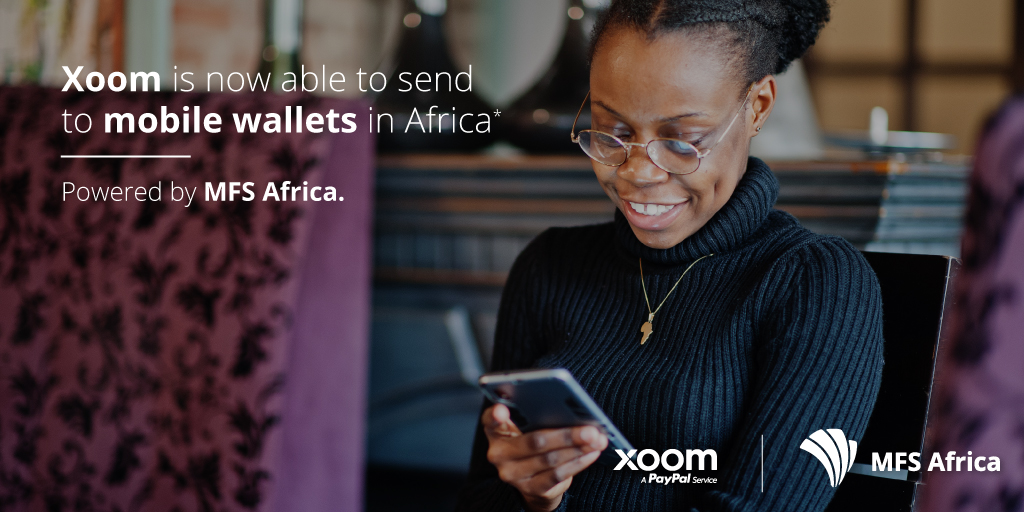 Present in a whopping 160 markets already, Xoom still wants more of the pie

Come 2021, the two have plans to expand the partnership to more countries across the continent.

In mid-2020, the fintech bought up Beyonic, an enterprise digital payments solution for small and medium-sized enterprises (SMEs) operating in Ghana, Uganda, Tanzania, Kenya and Rwanda.

The acquisition saw MFS expand its offering to SMEs across the continent, having previously focused on consumers.

In theory, the deal means a Uganda-based firm using Beyonic for digital payments via Ugandan mobile wallets could use the same technology to leverage other markets.

It’s unclear whether MFS and PayPal have plans to one day partner on an SME as well as consumer side.

Remittances up in Africa

Present in a whopping 160 markets already, Xoom still wants more of the pie. And Africa has, of late, presented burgeoning growth when it comes to remittances.

“We’ve seen an influx of new customers, and we see them mainly coming to us from the informal market,” Andy Jury, chief executive of Mukuru told Reuters in October.

Remittances to Sub-Saharan Africa officially totalled $48 billion last year, according to the World Bank. In 2020,they will climb to $51 billion.

This year, according to Kenyan central bank data, remittances to Kenya were up 6.5% though August compared to the same period in 2019. And remittance inflows to Zimbabwe were up 33% through July.

“There is nowhere else in the world that moves more money on mobile phones than Sub-Saharan Africa.

“While there are only five bank branches per 100,000 people in sub-Saharan Africa as of 2019, there are over a hundred times that number of mobile money agents.

“Africa has nearly half of the global total of registered mobile money accounts — almost 400 million in total.”