Beyonic is an enterprise digital payments solution for small and medium-sized enterprises (SMEs). It operates in Ghana, Uganda, Tanzania, Kenya and Rwanda. 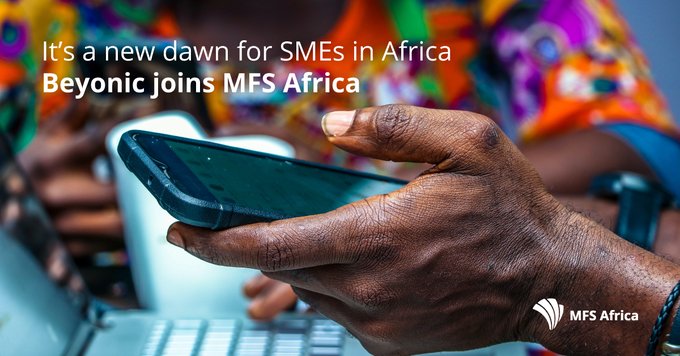 Beyonic’s entire team will migrate over to MFS Africa

It covers 26 mobile money networks and has partnerships with more than 20 banks.

The acquisition sees MFS Africa expand its offering to SMEs across the continent. It will offer Beyonic’s payments service under its own brand.

As part of the acquisition, Beyonic’s entire team will migrate over to MFS Africa. Beyonic’s founder, Luke Kyohere, will join the acquirer’s leadership team.

Founder and CEO, Dare Okoudjou, tells Quartz Africa that after partnering with banks and remittance companies, the company received interest from SMEs and tech start-ups.

“We thought why not look for someone who’s already solving for this and has got it right in a few markets,” says Okoudjou.

“Then we can use our platform to take a pan-African position and expand it across Africa—and Beyonic is exactly that.”

Initially, MFS Africa will just explore the five markets Beyonic is currently in. “If our assumptions are ticking off, then we will go on a rapid expansion across Africa,” Okoudjou adds.

The deal is still subject to regulatory approval by the Fair Competition Commission in Tanzania.

How the offering will work

In theory, a Uganda-based frim using Beyonic for digital payments via Ugandan mobile wallets could use the same technology to leverage other markets.

The idea is that MFS Africa creates a pan-African hub for SME payments.

MFS Africa said in a statement that “extended access and functionality” will land “in the second half of 2020”.

“Africa has a strong base of connected young entrepreneurs and businesspeople who are bringing fresh ideas to the table,” Okoudjou says in a statement.

“With the MFS Africa Hub, we have been creating new digital pathways between mobile money users in Africa and the global economy.”