App for US landlords NestEgg lands $7m Series A

NestEgg, a Chicago-founded app which helps landlords manage their rentals, has landed $7 million in Series A funding. 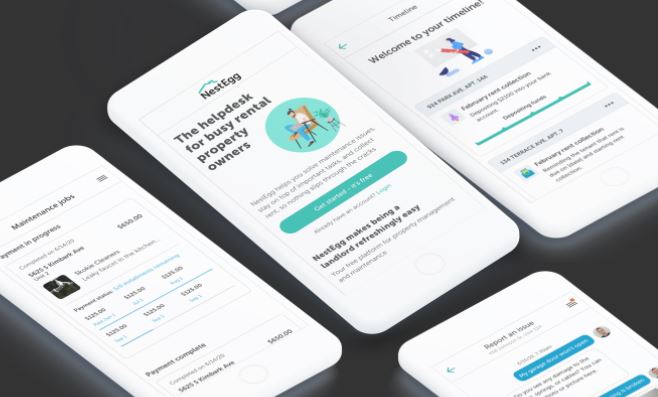 Alongside its fresh capital injection, the start-up has also launched ‘NestEgg Pay’

Bonfire Ventures launched its fresh $100 million fund in September. “We’re looking for the weird and wonderful in this boring part of the ecosystem that is business-to-business (B2B) software,” Bonfire co-founder, Jim Andelman tells dot.LA.

NestEgg says its target audience is the some 12 million “mom and pop landlords” who have invested in real estate across the US.

The app helps these landlords manage their relationships with contractors, and guarantees rent collection via the app.

Users can also choose to resolve maintenance issues through NestEgg Pros, a marketplace of approved contractors.

The fintech claims to save landlords 90% of the time they currently spend on managing their properties. It also claims to increase the property owners’ net operating income (NOI) by as much as 30%.

The base level account is free. If landlords want rent paid in advance on the 1st of every month, then they can pay $5 a month.

And if they want four months of lost rent covered in the instance of a tenant default, they can pay $49 a month. This top-tier plan also offers eviction support.

Alongside its fresh capital injection, the start-up has also launched NestEgg Pay.

This feature is designed to manage expenses beyond rent, such maintenance bills, that the fintech says are usually done through a credit card.

NestEgg says it will pay these bills upfront, and landlords can choose an interest-free plan to pay the bill back over two-six monthly instalments. The tool is designed to help landlords manage their cash flow.

“With more financial pressure on landlords and tenants as a result of the current economic climate, it’s more important than ever for landlords to have access to tools that deliver strong cash flows,” says Eachan Fletcher, NestEgg’s CEO.

Fletcher and his fellow co-founders are also landlords. The team first launched the NestEgg app in Chicago back in 2018, having founded the idea one year earlier.

Currently, some 3,000 landlords use the platform – with two thirds of this number downloading the app in just the last five months.

NestEgg intends to use the $7 million to hire at least 40 new employees in the first quarter of next year.

These new hires will build on NestEgg’s landlord and resident relationships, its rent collection capabilities, new feature NestEgg Pay, and its maintenance marketplace.

“The founders of NestEgg have a compelling vision to make owning residential rental property as easy as owning stock and bonds,” says Ira Weiss, partner at Hyde Park Venture Partners.

“This team spent years building tech products at Expedia, and are bringing the same creativity to the DIY landlord market.”