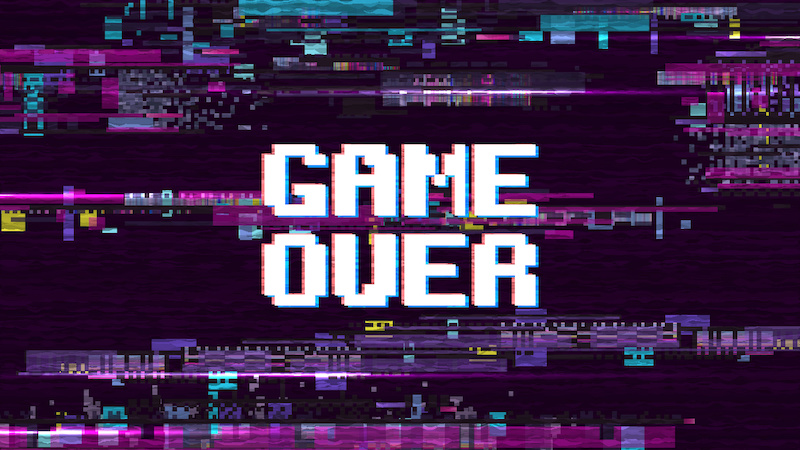 COVID meant we lost the round we were playing

Who’s driving your digital transformation? Your CEO, your CDO or COVID-19?

As if you didn’t have enough on your plate, you are getting two of us today, and in a preachy mood to boot.

Because we are a bit tired of the triumphalism and self congratulations of people admiring how well their organisations coped with COVID. Of admiring “how far” their innovation efforts have come. How far, exactly?

You get no medals for trying. If this was a video game, we would have completed it by now. We would have killed the bad ogre, collected all the magic coins and found a way out the maze. Whatever. 20 years in, we would have gone onto the next level or thrown in the towel.

Why do we think connecting boxes is worthwhile if systems never see the light of day? Why do we solve problems for people who look a lot like us in a way that looks a lot like what we’ve done before?

Why are we still here? I mean, on a personal level we are because we care.

But as organisations? Why are we still doing the thing with no real conviction? Why have we neither stopped trying nor moved things forward?

The rules of the game

I was not allowed video games as a kid so my understanding of this whole thing is hazy but fundamentally the way I understand it is, when playing a video game, you have to achieve something in order to get something.

Maybe it’s esoteric and you have to work it all out, but the deal is you do a thing or ten that prove you have done enough and you get to go to the next level as a result or become an intergalactic warrior prince or get smurf berries or whatever.

There is a process and a stage gate. There is a moment when the effort is done. There is a way of knowing whether you succeeded or not.

We never did that with innovation.

And since the game had no agreed rules, no amount of doing was enough to get to the next level. Or to fail the level you started at. The level of endless reports, PoCs and horizon scanning. The Blair Witch level of groundhog days.

Because things have actually moved, truth be told. Organisations have genuine digitisation plans. And by ‘genuine’ we mean intentionally devised and meant to see the light of day, one day.

But. They are burdened by the plague of optionality.

Digitisation has to happen. It’s what completing the game looks like. Finally. We have a goal. But what do the stages look like? And what qualifies the players to complete each level and move on? Acceptance criteria be damned.

If what we are trying to do is use digital technologies to create new – or modify existing – business processes, culture, and customer experiences to meet changing business and market requirements (thank you, Salesforce), then the successful transition from analogue to digital or the successful creation of digital assets should set us well on our way.

And before you tell us all about how “digitally native” is endlessly superior to digitised halfway houses, we will say sure but if only that was our problem.

Our problem is we are trying to trick fate.

We are trying to pay lip service to wholesale dramatic change but get away with cosmetic modifications, hybrid processes and just-in time transformation. COVID exposed this for the terrible idea it is and yet, rather than seeing sobering reprioritisation exercises the world over, what we see is a lot of self congratulating. Because organisations coped, somehow.

Because when push came to shove urgency cleared the mind.

But we don’t seem to want to keep doing the very thing that worked. Because the other way was less risky. Less mentally draining. Easier.

Now we don’t know much about video games but one of us has wasted a lot of time and pocket money in arcades.

There are times when you scrape to the end of the game by the skin of your teeth and get to the next level. And you know it’s only by a miracle that you are still playing on the same coin (50 drachmas, last time Leda played. That’s how old she is) and you know you have to focus or you are out on the next round.

And if you lose you need to find another coin or play a new game.

And this is not a neat metaphor on innovation budgets, actually. That would be too easy. Investment is not just about money. It’s also about commitment. According to Bloomberg, global banks spent over $1 trillion on IT in the three years prior to 2019. So money is evidently not the issue. How we spend it may well be the issue, layering features on the already well-served domains. What we are trying to achieve may well be the issue. The corners we have been trying to cut is the issue. The things we were hoping would be the next guy’s problem…

A lot of the tricky stuff in banking uses humans as our last line of defense. From compliance to analytics, from exception handling to credit risk decisions, we never invested enough time and attention (and by extension money) to the things that would make our solutions mature enough to not need humans. We’ve been hedging. We’ve been solving problems that are simple or personal. But not everyone looks like us. The unexpected has a habit of happening first. And hedging is a great habit when investing but a terrible way to live, because it fundamentally boils down to not believing in much.

Dramatic? Or not dramatic enough?

Fundamentally, moving from hedging to execution entails pinning your colours to the mast. The Mast. One mast. It entails making choices, having views and a vision, taking risks and, to paraphrase Benjamin Franklin, not confusing motion with action.

We’ve spent a lot of time and a hell of a lot of money doing stuff. And yet we are still on the same level of this game. Because we have treated it as a game. And it’s not a game.

The most frustrating realisation from where we stand is that when we are not playing at this, we are not half bad at it. A study (carried out by Twilio) states that COVID-19 has sped up digital transformation across different industries by an average of six years. Months and years long digital transformation roadmaps have been miraculously compressed into weeks and even days. Because commitment.

COVID meant we lost the round we were playing.

Project lists and budgets and plans became the laughing stock of the gods. We had to do what we had to do to deal with the crisis at hand. And we did. And now we are coming up for air, we have a choice – we can “insert coin” and start again.

Or take pause and admit that we were never going to win the game anyway.

“I know 50% of my digital transformation spend is wasted,” said a global bank CFO in a report published by Oliver Wyman in January 2020. “I just don’t know which 50%.”

It doesn’t matter, truth be told.

Whatever you do, don’t go back to trying to complete this level. Use this as an opportunity to declare “game over” on play time.

Doing this for real starts with committing to an outcome. And accepting it may not turn out to be what you needed. And taking the risk of not being able to repeat the level if you are proven wrong.

Because playtime is over.