Vietnam-based Tien Phong Commercial Joint Stock Bank (TPBank) has gone live with Backbase, having revamped its systems from front to back with the vendor. 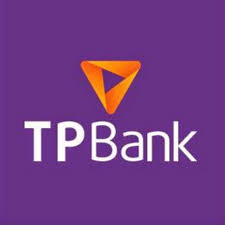 TPBank completed the modernisation of its mobile and internet systems in nine months since picking Backbase. The bank’s systems had been in development for more than 10 years.

It adds that TPBank can customise its development without becoming beholden to legacy back office software.

TPBank CEO Nguyen Hung says the deal “accelerated the development of our digital banking products for the next five to 10 years”.

The Vietnamese bank migrated three million customers to the new Backbase platform in 10 months. It has plans to enhance its digital services to prepare for a cashless future.

“Our digital innovation journey that is being undertaken with Backbase has placed the people at the centre of our digital investment,” adds Nguyen.

He says that technology will be a “critical driver” in transforming the bank.

TPBank launched in 2008 as a cooperative project between Citibank and the Bank for Investment and Development of Vietnam.

Headquartered in Ha Noi, the bank employees around 6,700 people and reported revenues of $509 million in 2019.

Riddhi Dutta, regional head for ASEAN and India at Backbase, says that legacy channels and outdated core systems are “cumbersome”.

He adds that old tech can prevent banks from scaling “at a pace that keeps up with evolving customer demands”.

The vendor has gone on a march the US this year, sealing new deals with Addition Financial, Wildfire Credit Union, and Vantage Bank Texas.