NatWest has joined the small but growing number of banks offering customers an on-the-go carbon emissions calculator based on their personal spending.

Potentially the first incumbent to offer the service in the UK, NatWest has teamed up with UK and New Zealand-based fintech CoGo, Business Green reports. 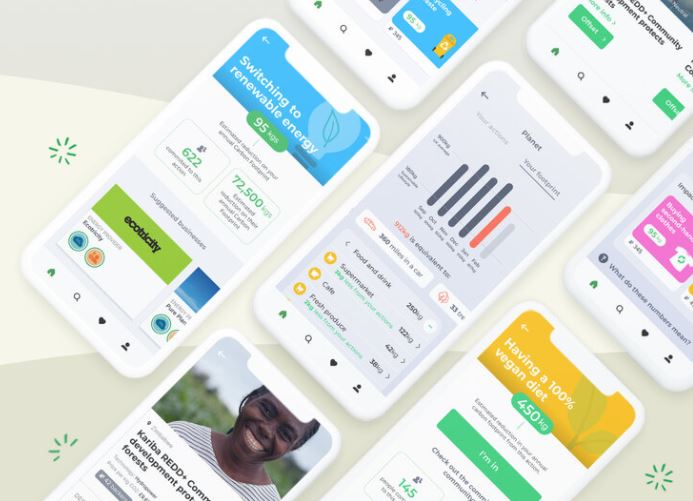 Other banks to offer the service with different fintech partners include Nordea and Bank of the West, as well as challengers bunq, Banca Mediolanum’s Flowe and Mitto.

The start-up offers both a consumer and business package. Individuals can connect their bank account to CoGo’s service via an application programme interface (API).

But businesses like NatWest can also provide an in-app integration, saving consumers downloading the CoGo app to use the tracker.

As well as tracking on-the-go footprints, CoGo curates suggestions for how users can reduce their environmental impact, with the option of offsetting their emissions.

NatWest has announced a sting of green initiatives as of late.

The bank has promised customers who take out personal loans for “green home improvements” with a one-off payment of £100. This is a partnership with the government-backed Green Homes Grant scheme announced earlier this year.

NatWest also launched a workshop called ‘Save our pennies, save our planet’. Aimed at 8-12-year-olds, it encourages children to understand the importance of energy efficiency.

The bank recently found 70% of its customers are in fact concerned about climate change, but don’t know how to reduce their individual impact.

Earlier this year, Barclays and HSBC were accused of fossil fuel financing worth a combined £158 billion, The bill, racking up since the signing of the Paris Agreement five years ago, was exposed by 350.org.

Its report found that the two organisations are the top fossil fuel financiers in Europe.

Barclays has since pledged net-zero climate policy by 2050, including operations and investments. HSBC has since committed to $100 billion in sustainable financing by 2025.

In July, the Guardian reported that a new state-backed green bank will land in the UK. The venture will help finance the country’s net zero carbon goals.

The move follows the sale of the UK’s ‘Green Investment Bank’ three years ago by ministers. The deal, no considered a regretful decision, was dubbed a bargain short £63 million of its true value by the National Audit Office.

But whilst these efforts are admirable, the UK needs to take a two-pronged approach. That is, committing to consumer education as well as corporate targets.

According to a You Gov poll, the majority of UK pension holders – 68% – are unsure about whether their pensions are green.

“If sustainable funds can encourage more people to engage with their retirement saving, then we need to find more simple and effective ways to bridge the knowledge gap to help people align their saving with their values,” says Maria Nazarova-Doyle, head of pension investments at Scottish Widows.

Read next: Spanish sustainability fintech Mitto to launch in UK next year