bunq, the Netherlands-based challenger bank, has revamped its banking app to offer a bundle of new features in what the fintech is calling a “quantum leap” in its development.

The “new-look”’ ‘bunq V3’ banking app is currently being rolled out in a public beta programme with bunq users over the coming weeks. 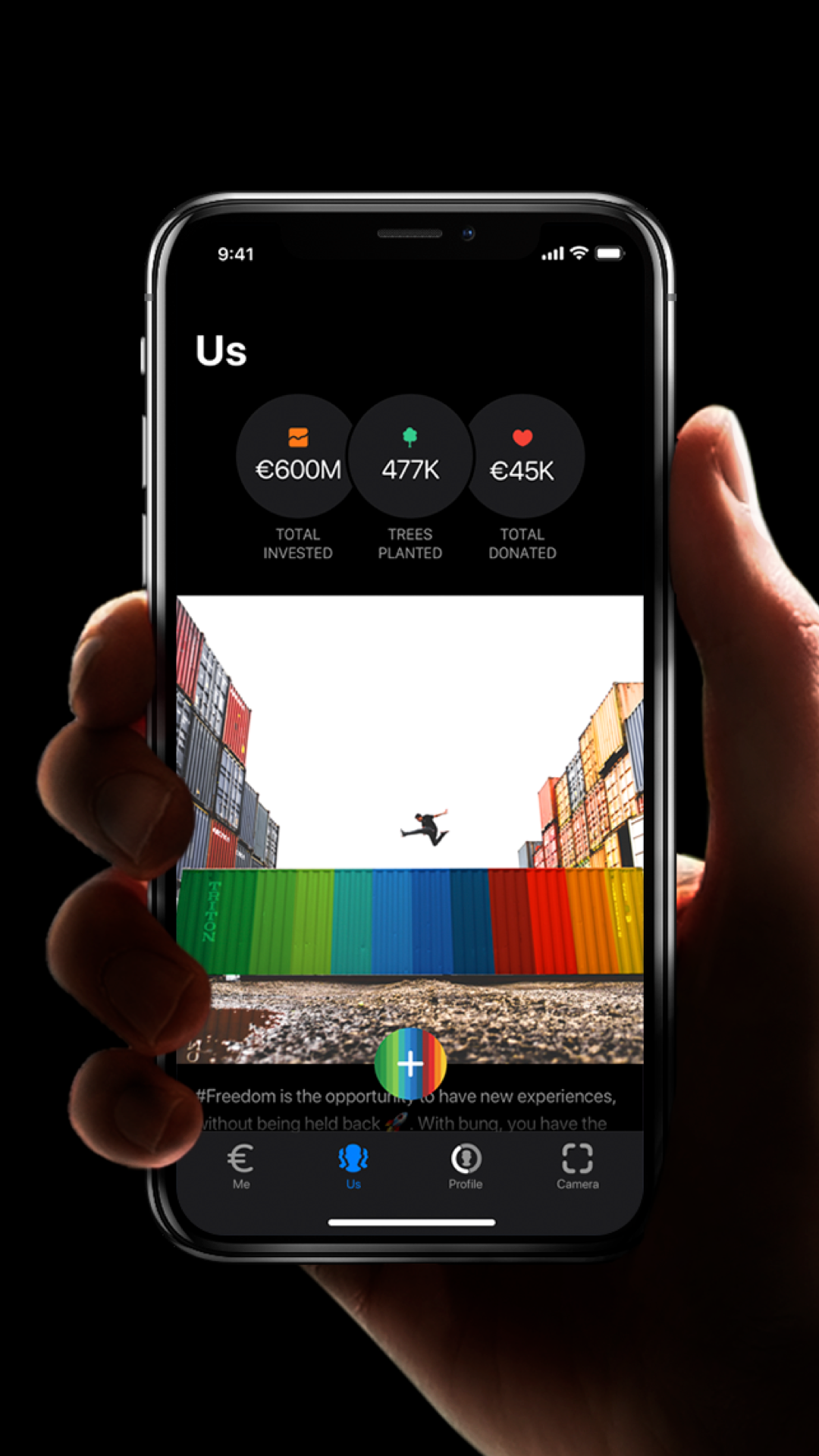 “bunq is built by and created for independent thinkers,” says Niknam

Its main feature allows users to donate to charities in the app and create their own local charities which they can invite other members to.

“Today we’re taking our biggest step in creating the best banking experience yet: this is a complete upgrade to the bunq app,” says founder and CEO, Ali Niknam.

The app itself also looks very different, having been synthesized into four main tabs: ‘Me’, ‘Us’, ‘Profile’ and ‘Camera’.

The layout divides things like saved money and saved CO2 metrics from the app’s carbon counter into the ‘Me’ tab, whilst ‘Us’ gives users insights into the fintech’s own investments and the total trees planted through its ‘Super Green’ and Green Card offerings.

‘Profile’ contains account information, whilst ‘Camera’ does what it says on the tin, allowing users to scan invoices or receipts. Each page has just one main button.

The fintech has also designed the app so that its community of users can create what it calls “tribes” and connect under common goals such as group CO2 emission or fundraising targets.

bunq says 72% of its customers chose green companies as their investment preference, which has played a big part in features the fintech has chosen to centre its new banking app around.

“bunq is built by and created for independent thinkers,” says Niknam. “Rather than just building another transparent, socially conscious bank we’re taking it one step further with V3.”

So far, bunq’s Green Card initiative – which plants a tree for every €100 spent on the card – has accounted for a CO2 reduction of more than 30.8 million kg, which the bank works out to be the equivalent of 32,560 flights from Paris to New York.

The trees are planted in partnership with Eden Reforestation. They capture 308kg of CO2 over their 25-year average life span, which is why the bank says it will take less than two years to start offsetting users’ carbon footprint to zero.

“We have created products that people actually want to use,” Niknam told FinTech Futures in February after bunq announced it had doubled customer deposits in 2019 to more than €433 million.

“They don’t come to our platform because we’re handing out free stuff, or because we have been overtly in your face with ads.”