How can fintech rise to the new D&I challenge?

The Black Lives Matter movement has ensured diversity is now firmly on the risk register – where it always should have been – for business leaders everywhere.

But although we’re now seeing swift reactions and the internet covered with statements and pledges, it will be in six-to-12 months’ time that we see which organisations mean what they say – and which don’t. 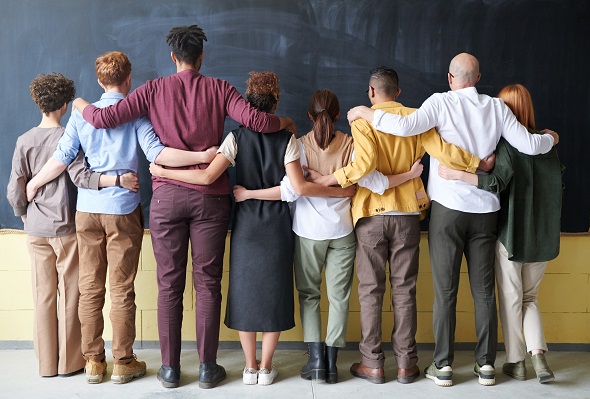 If they don’t believe they are part of the problem, nothing will really change.

Yes, the morality of the issue means it’s an essential element of any business strategy – but there’s also the increased risk to an organisation’s brand, not to mention the proven argument that having a diverse group of people working in an inclusive environment drives better results.

From seeing heads of diversity and inclusion (D&I) viewed as “non-essential staff” and laid off at the beginning of the lockdown, there is now a clamour for D&I expertise. But it needs to be a clamour with a plan, and the things that need to be addressed remain the same – accountability for change, measurable action, an overhaul of internal processes, making everyone an ‘ally’ and ensuring procurement teams are driving change.

So what steps can fintech organisations take to rise to the challenge and position themselves as world-class D&I leaders?

Quotas are important – but only if you already have an inclusive culture. They will make no difference at all in organisations where a toxic environment is allowed to reign supreme. At the moment the focus is largely on race – which is as it should be – but we’ve still got issues with nearly every other diversity group, some of which have had far more focus than race for far longer. Quotas on their own are not enough.

Training is also not enough on its own. For it to make a difference, leaders need to be pulling the major levers that should sit behind training initiatives. They need to understand that diversity is a strategic issue – and, right now, a business risk. Frank, no-holds-barred conversations are required and senior teams should be backing their chief executive officers to ensure we have no more false starts and window dressing.

This is also the time to get procurement involved. Any organisation that is a vendor to anyone right now is vulnerable to a procurement policy that forces them to demonstrate inclusion. It’s crucial to avoid waiting until it’s too late.

Creating inclusion should also be part of any performance review. It’s not that hard to do – it just means asking every people manager in an organisation: “What have you done to drive inclusion and what evidence do you have?” What is hard is weighting this – and rewarding for it. Individuals’ activities also need to be measured – and they need to be helped to change things, where necessary.

A strategic D&I plan covering three-to-five years is required for most businesses. It should be as robust as any profit and loss plan – and be both invested in and held to account. Leaders also need to be prepared to be vulnerable. If they don’t believe they are part of the problem, nothing will really change.

The moral issues are important but they have to resonate with everyone. Creating an inclusive culture enables everyone in an organisation who wants to succeed to do so.