Muniy, a digital banking upstart with offices in the London and Manama, Bahrain, has partnered with regtech HooYu for its know your customer (KYC) capabilities ahead of its UK launch. 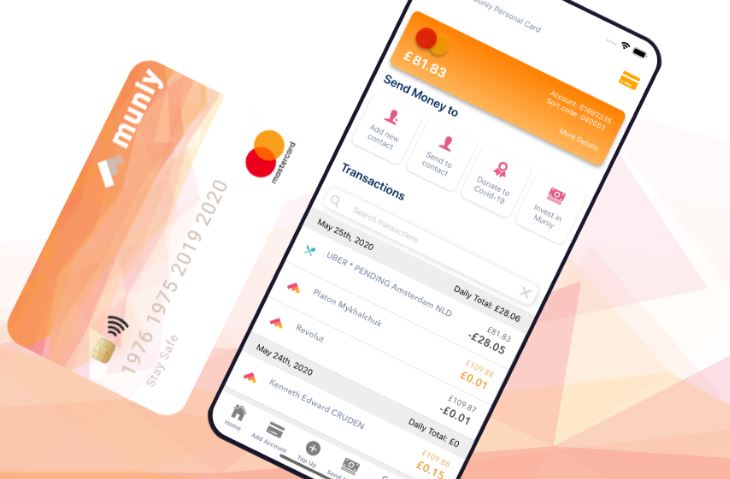 These checks, part of the customer onboarding process, will ensure Muniy meets the UK’s anti-money laundering requirements. Like many fintechs starting out in the banking world, it will launch in partnership with an undisclosed bank partner.

Muniy is currently trying to raise £200,000 on Crowdcube. At time of writing, Muniy has raised £143,220. The fintech says the investment will go towards a pilot in the UK and EU, followed by introducing its core financial services rolled out to key markets in the Middle East.

It wants to go further than many neobanks which it says “have focused on improving the user experience for familiar banking functions”.

“This isn’t the only place where people use money — in fact, it’s just the start. By extending into other areas, starting with a retail experience, Muniy aims to offer better, more personalised banking, for everyone,” the company says on its Crowdcube page.

The fintech says it will connect users anonymously to merchants when they pay, and allow merchants to pay a lower transaction processing cost – a cost which it says currently sits at a global total of more than £30 billion.

Muniy believes that by lowering the cost for the merchants by up to 50%, it can drive adoption and and eventually partner with brands to develop personalised reward schemes for customers.

The start-up offers both free and paid personal and business accounts which span from £5-£50 a month, with features including QR payments, instant peer-to-peer (P2P) money transfers, real-time transaction notifications, and contactless cards.

“We want to increase not just the ease of access but also the ease of interaction for financial services,” says co-founder and CEO Jeremy Suarez, who has worked at HM Revenue & Customs, as well as founding two other start-ups: storage manager Storageroomz and end-to-end cloud technology partner, drie.