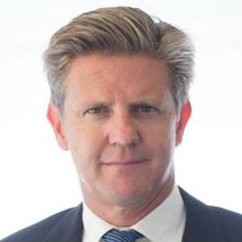 The two companies closed a merger in November 2019 which saw Touchstone carved out of parent Touchstone Group. The latter owns a minority share in TrustQuay.

Since November 2019 the two firms have been “fully integrated into a single global organisation,” according to a release.

In that time TrustQuay has signed two agreements and started executing on global rollouts with industry consolidators IQ-EQ and Ocorian.

The firm also reports six deals with specialist providers including DTOS, Schindlers and Isles of Knight.

Keith Hale, executive chariman of TrustQuay, says that he sees a “once in a generation change in the corporate services, trust and alternative fund administration market, with the industry players either growing by consolidation or specialising in niche areas.”

Hale is the former CEO of Multifonds, a software provider in the fund administration sector.

He adds: “We expect to see the biggest upheaval the sector has seen in the past 25 years and our prediction is that in the next five years, the industry will shrink from thousands of players to hundreds, coalescing around a group of global players, surrounded by smaller specialist firms.”

TrustQuay is a privately held company owned by the management team as well as a number of institutional investors led by Silverfleet Capital, the pan-European private equity firm.